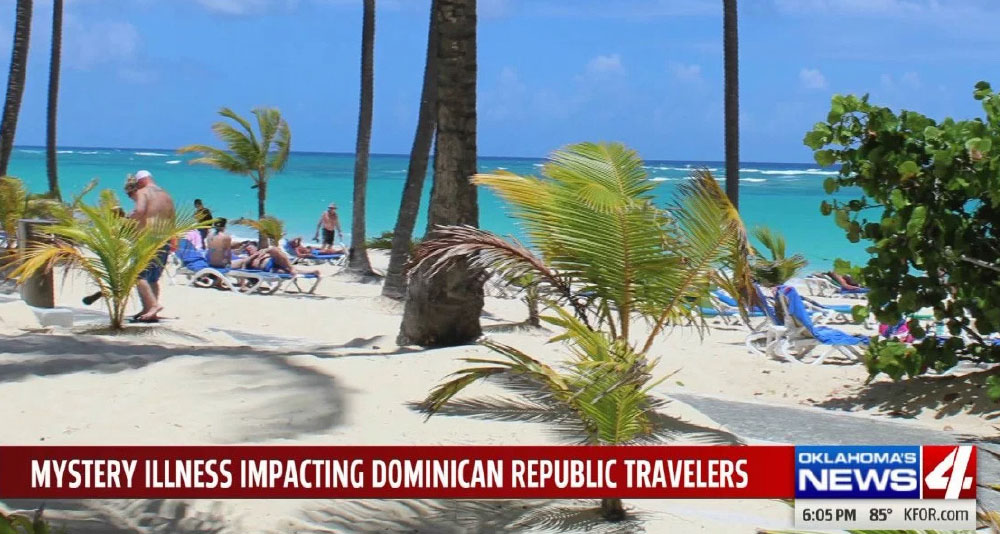 Law suits, dramatic loss in flights to the Dominican Republic and cancellations so severe that at least one all-inclusive resort caught in scandal is closing temporarily in November; these are examples of how crime against tourists can sink, an otherwise buoyant ship.

Fortunately for this Latino-Caribbean country, to which the Turks and Caicos is connected by direct flights through two domestic airline companies, the drive to the DR is not slowing down.  The Dominican Republic Central Bank reported to CNN that U.S. tourist arrivals are up almost 10 percent for the first half of 2019.

But the DR admits, it is a precarious predicament and there continues to be a lot of making up for the fall out caused by those damaging reports related to questionable medical care, unhealthy hotel environments and visitor-targeted crime.

From the US; the FBI, the ATF and the CDC have been invited by the United States Department of Homeland Security to join the investigation and the report is there has been no travel advisory issued by the USA against trips to the Dom Rep.

Not too far way, and also directly connected to Turks and Caicos by flights is Jamaica.

Just hours ago, news of new travel alerts surfaced from the Canadian Government after the Jamaican Government was forced to extended its state of emergency to October 28, 2019.  Crime in tourist areas is simply too high.

The State of Emergency which applies to St. James, Westmoreland and Hanover parishes – which are homes to Montego Bay and Jamaica’s world famous, Seven Mile Beach means security forces will be able to have more freedom to conduct searches and seizures, to detain persons of interest and curfews can come into effect without notice.

Simultaneously, Jamaica is recording record growth in tourism. The #1 English speaking country, when it comes to visitor arrivals experienced a decrease in hotel occupancy during the month of June.

One analyst in BuzzTravel explained that the reason Jamaica is still seeing double digit growth in arrivals, despite its issues with crime is there is greater transparency.

“Jamaica is both honest and proactive when it comes to tourism and tourism security. When confronted with a problem, Jamaica recognized the challenge and then solves it.”

In fact, on July 31, 2019, Jamaica’s Tourism Minister, Edmund Bartlett announced the appointment of a retired Jamaica military officer, Dave Walker, as the Director of Visitor Safety and Experience.

Growing over its record performance last year are the Turks and Caicos Islands, which continues to be listed as one of the safest places to visit. Still the fragility of this leading industry, which is actually the fuel driving all other industries in the country is being captured in social media op-ed pieces.

Residents are concerned about the surging figures in gun crimes.

“We must also ensure that there is a visible presence of police officers throughout all communities in the Turks and Caicos 365 days a year and 24 hours a day.  In addition, the officers must provide confidence and trust to the community so that the residents can report the crimes to the police, thus creating fear for the criminals. People are afraid to report crimes and the criminals know that.”

While reports of crime overall from April to June 2019 were down, crime statistics reveal that gun crime grew by a concerning 80 percent in the same period. This trend is concerning as a glance back at crime stats for 2017-2018 reflected a decrease in gun related offences.

Businessman and social media columnist, Drexwell Seymour in his latest article said there are too many guns, too much crime and not enough fear about doing wrong.

“I know there is a cry that we need to find jobs for our people so the crimes can be reduced. I am not convinced that this is the case as there are people who are working and simultaneously committing crimes.  I personally believe if we start fearing God, start fearing the laws of our country and start fearing the police officers, it will be the beginning of the resolution and alleviation of crimes in our country.”

Country leaders and officials continue to point to the abatement of crime as being a ‘community as a whole’ issue to be tackled.  Perhaps now, with a new Governor and a new Police Commissioner, the atmosphere is perfect for a sincere attempt at synergy.

Turks & Caicos going back to school with Digicel