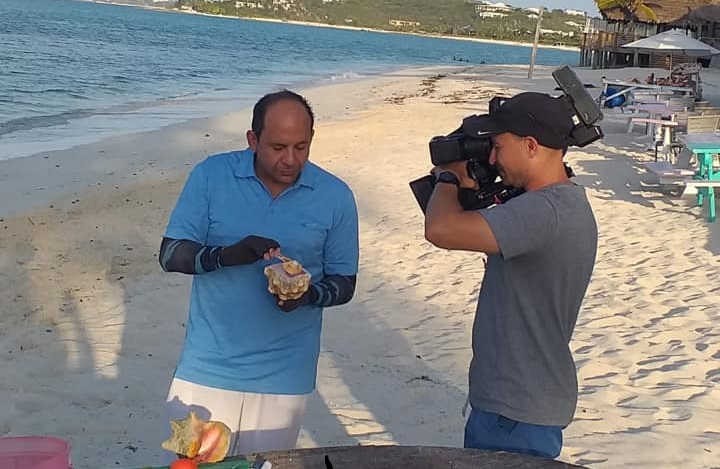 #Providenciales, July 10, 2019 – Turks and Caicos – Brand Turks & Caicos made its Lifetime Television debut on June 10th on the award winning Balancing Act morning show. The twelve minute destination segment was organized and sponsored by the Turks & Caicos Tourist Board and is part of the board’s strategic marketing plan to promote the destination in the U.S. market.

The segment takes viewers on an exploration of Providenciales, North Caicos, Middle Caicos and Ambergris Cay. The visual journey through the islands is led by celebrity chef Ralph Pagano with Director of Tourism Ramon Andrews and U.S. Marketing Manager Pamela Ewing as tour guides. Viewers are treated to scenic views of Grace Bay Beach, Mudjin Harbour and the Conch Bar Caves. Additionally, the local delicacies are showcased with a visit to Da Conch Shack.

U.S. Marketing Manager Pamela Ewing commented, “The reach and visibility that the brand will receive from our partnership with Lifetime Television will be impactful and will result in increased arrivals and exposure for the destination. It was also important to highlight our Sister Islands to convey to the audience the range of options available for a Turks & Caicos Islands vacation.

The Tourist Board’s U.S. office has worked with Lifetime in the past however this is the first time we’ve brought down a production crew to film within the destination. After the initial airing of the feature we received a lot of positive reviews from viewers. This partnership with Lifetime will reap tremendous benefits for Turks & Caicos and we are already in discussion regarding the next project”.

Lifetime Television is a leader in women’s television, one of the top-rated cable television networks and is ranked the number one highest-rated women’s channel in the U.S. targeting over 96 million households. The Balancing Act is Lifetime Television’s highly acclaimed morning news and talk show.

The encore presentation of the special Turks & Caicos episode will air on July 22nd and July 30th at 7:30 AM. The episode will also air approximately 200 times in syndication throughout 100 U.S. stations and in up to 500,000 hotel rooms. Additionally, the episode can be streamed on The Balancing Act’s website.