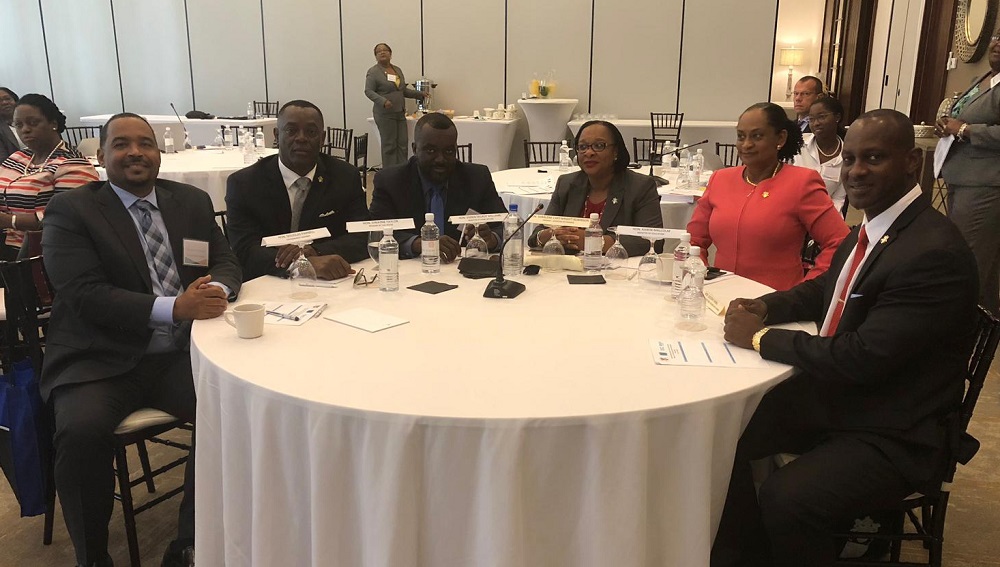 #Providenciales, July 12, 2019 – Turks and Caicos – The Premier Hon. Sharlene Cartwright-Robinson, Government Ministers and members of Parliament were in attendance at the first of a series workshops as part of a Ministry of Health, Agriculture, Sport and Human Services and Pan American Health Organisation (PAHO) joint initiative geared toward Health in all Policies. Minister for Health, Hon. Edwin Astwood brought remarks for the opening of the event at the Shore Club on Monday, 8 July 2019.

The main objectives for the training exercise was to: –

•         Identify opportunities for a HiAP approach in Turks and Caicos Islands

Throughout the day, there were presentations on the Introduction and the Determinants of Health; Sustainable Development Goals; 21st- Century Health Dynamic and Inequality; Health in All Policies; The Role of Government and Non-Governmental Stakeholders in HiAP and the Whole of Government Approaches to HiAP.

Commenting on the training exercise, Premier Robinson stated: “As the Minister of Finance, I can say that it is very important to ensure that good health practices are threaded throughout all policies because the largest chunk of TCI’s budget is going to health. We are spending a considerable amount on illnesses; so not only is this training very timely, but it is crucial to decision making going forward.

This information will help us as policy makers to ensure that healthcare takes priority and is included in the process of policy development to shift our practices and habits and also redirect funding to go toward prevention initiatives rather than response.

I applaud the Ministry of Health for this wonderful initiative and look forward to a more health conscious approach to policy making across Government.”

Workshops continue until Wednesday, 10 July 2019 to include senior officials in Government and other relevant stakeholders.