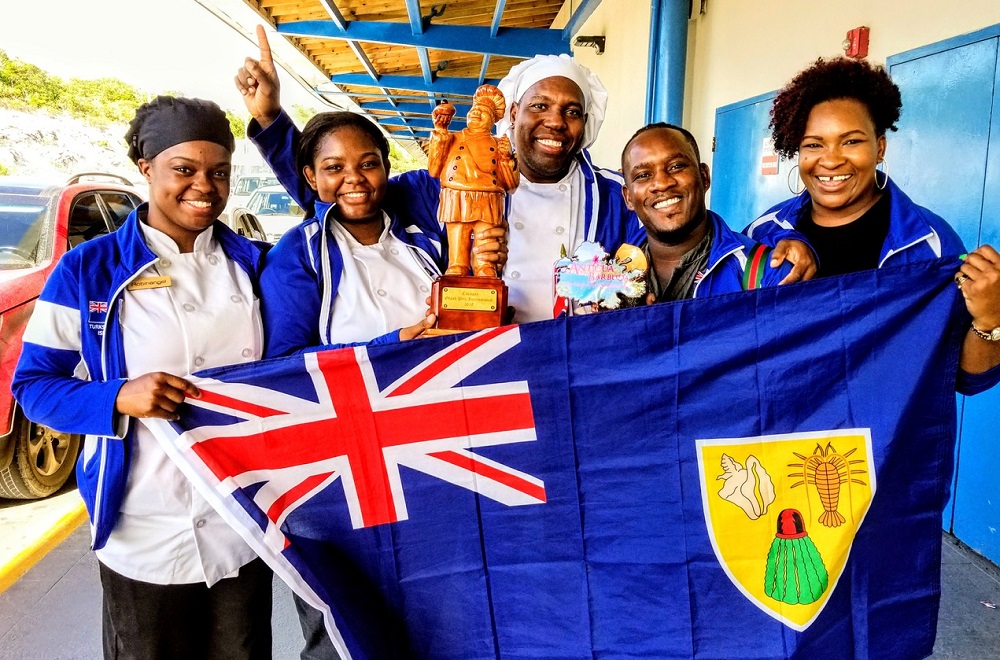 The team, led by TCI Hospitality Adventure Lit’l Chefs Camp alumni, Robinangel Simons, included Chef Eversley Rowe of Kalooki’s, Pastry Chef Dalundra Fulford of The Shore Club and Bartender Delorno Mosley of Kalooki’s. The team, competing together for the first time, earned an impressive gold medal win at the annual event which attracted food enthusiasts from across the region as multiple teams fought on the culinary battlefield, creating everything from savory dishes to expertly crafted cocktails.

“Congratulations to our Culinary Team on regaining our gold medal status in Antigua,” said an elated Stacy Cox, CEO of the TCHTA. “Special congrats to Robinangel, our Camp Alumni and Hall-0f-Famer who led the team in Antigua and also to Delorno, Dalundra and Eversley on a job well done. You’ve done an exceptional job of representing our ‘beautiful by nature’ islands.”

The event took place over three days at the Antigua and Barbuda Hospitality Training Institute in St. John’s, Antigua and saw teams from Anguilla, Antigua, Suriname and Turks & Caicos  go head-to-head twice a day creating 3-course meals that were complemented by a signature cocktail pairing for each course.

At the end of the last elimination round, it was Teams Turks & Caicos and Antigua that advanced to the final round; the mystery basket competition. Team TCI emerged victorious with an eighth-plus point margin.

“This was certainly something spectacular to see.  Our team of four, with two Junior Chefs among them, fought hard and took the gold against some of the most passionate chefs in the region,” said Sonia Simmons, TCHTA Member Associate, who accompanied the group as Team Manager.  “It was an honour for our team to be invited and to be able to bring home this gold.  We want to thank Mr. Jesse Thomas of the Ministry of Tourism in Antigua & Barbuda, and of course, our TCHTA members and Turks & Caicos supporters for this unforgettable opportunity and experience.”