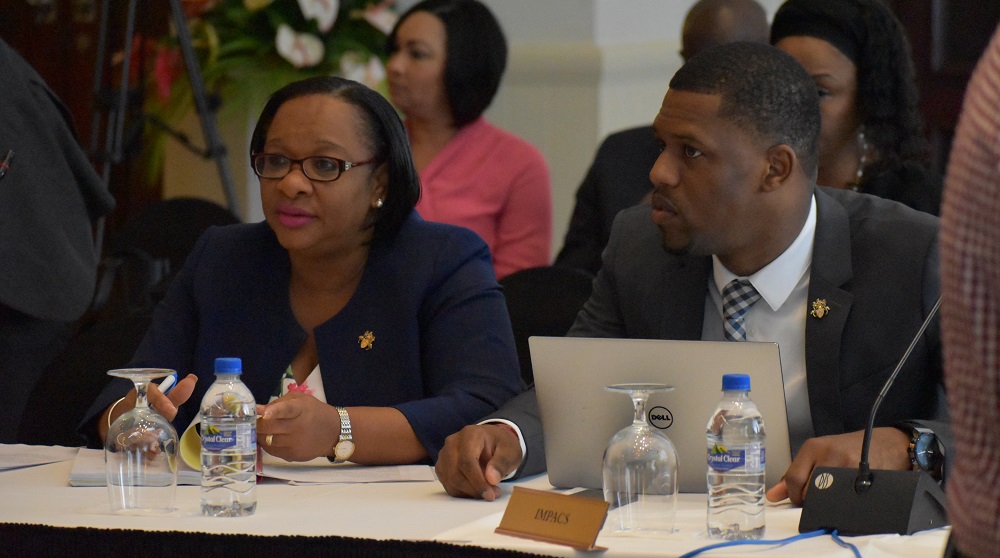 #Providenciales, July 8, 2019 – Turks and Caicos – Meetings of the Conference of the Heads of Government of the Caribbean Community (CARICOM) began on July 4th 2019 in Gros Islet, Saint Lucia. The Premier of the Turks and Caicos Islands, Hon. Sharlene Cartwright-Robinson and Executive Director for the Office of the Premier, Mr. Ronlee James both in attendance at the meeting, will partake in various discussions with delegates of the CARICOM Member countries and associate member countries. The Meeting, at the Sandals Grande St. Lucian Hotel, is held under the Chairmanship of the Prime Minister of Saint Lucia, the Honourable Allen Chastanet.

During the two-day conference, the Premier along with other Heads of Government will participate in four (4) day plenary sessions discussing topics such as:

It is expected that Heads of Government will also engage with representatives of the private sector, labour and civil society; meet with Congresswoman Stacey E. Plaskett from the US Virgin Islands; and discuss topical issues such as Climate Change and sustainable development which are included in the agenda for the high level general debate at the 74th Session of the United Nations General Assembly scheduled for September 2019.

Heads of Government will also engage with the Prime Minister of Norway, Her Excellency Ms. Erna Solberg and will actively construct a proposal to establish a permanent Africa-Brazil-Caribbean Diaspora Commission which will seek to strengthen relationship across the region.

This 40th Meeting will build on the St. Ann’s Declaration approved at the CARICOM 18th Special Meeting on the CARCICOM Single Market and Economy (CSME), which was held in Trinidad and Tobago in December 2018. The Declaration, which established the CSME as the most practical platform to support the region’s growth and development agenda, proposed several actions for determined movement.

Meetings are scheduled to continue 4-5 July 2019, concluding on 5 July 2019 with a press conference and official closing.