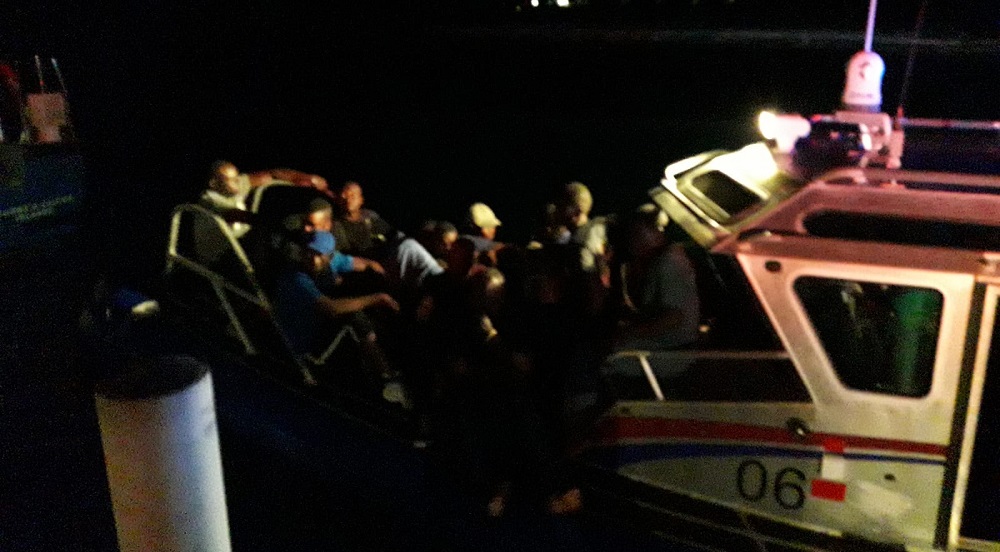 #Providenciales, July 3, 2019 – Turks and Caicos – Arrival of two groups of illegal migrants on July 1 and July 2 totaling 56 people will likely cost the country another $56,000 in detention and repatriation expenses.

The Coastal Radar spotted the first group on Monday and the 25 males and five females from Haiti were intercepted by Marine Police around 11:30pm.
The second group came in around 10 pm overnight.  Twenty males and six females are in custody from that capture.

TCIG’s published costs linked to illegal immigrants have shown an average spending of $1,000 USD per person by the Turks and Caicos Islands.