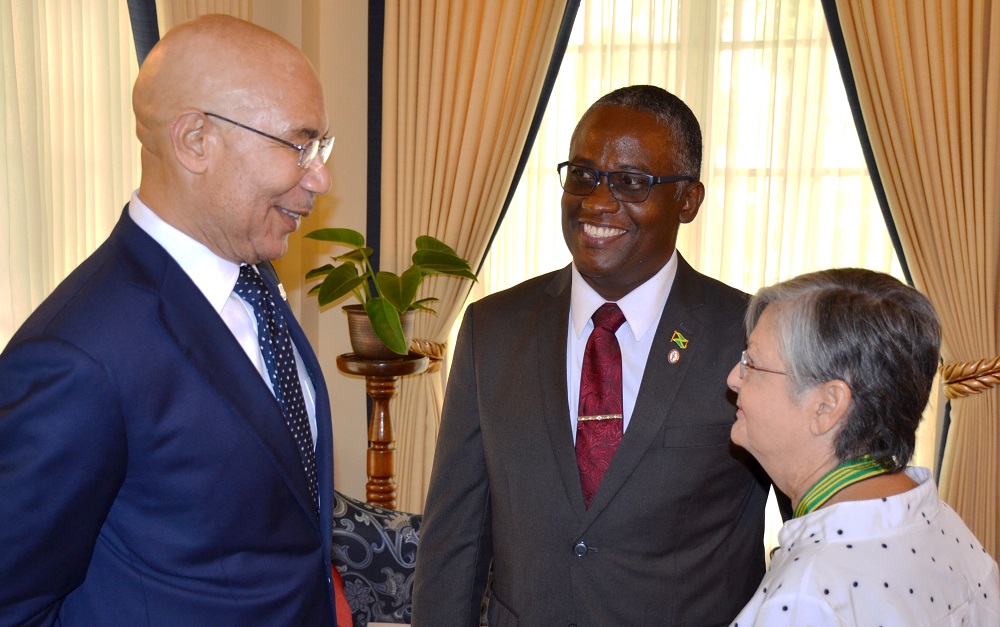 #Kingston, July 9, 2019 – Jamaica – The proposed tuition-free school being established in St. Catherine by United States-based charity organisation, Christel House International, is slated to be constructed over the next 10 months at a cost of between US$8 million and US$10 million.

The institution will cater to 840 students, aged four to 18, who hail from communities deemed marginalised. It is being built on approximately 10.4 acres of land in Twickenham Park.  Its development is being facilitated by the Government under a memorandum of understanding (MOU) between the Ministry of Education, Youth and Information and Christel House International, which is headquartered in Indianapolis, Indiana.

The institution, which is expected to be named Christel House Jamaica School, will be the ninth to be established, joining eight already in operation in India, Mexico, South Africa and Indianapolis.

The recently retired Custos Rotulorum for Manchester, Sally Porteous, has a vested interest in the project, as she was instrumental in encouraging Christel House International Founder and Board Chair, Christel DeHaan, to establish the institution in Jamaica.

Ms. Porteous tells JIS News that Ms. DeHaan, an Indianapolis native, is someone with whom she has had a longstanding association.

“Christel DeHaan is a friend I met 20 years ago when I was in the film industry… and I subsequently asked her if she would consider establishing a school in Jamaica,  to which she consented,” the former Custos shares.

Ms. Porteous, who represents Christel House in Jamaica, is a member of the Board of Directors, and will chair the local institution.  She tells JIS News that the facility will be a “very special school”, based on its offerings, pointing out that in addition to being tuition-free, the package for students will include a hot breakfast and lunch, and an afternoon snack.

Ms. Porteous adds that other provisions will include a laundry room to enable cleaning of the children’s uniforms, where necessary; and bathrooms with shower facilities.  She points out that the school will be sited on “a beautiful piece of land” that will provide ample space for sports and extracurricular activities.

Ms. Porteous says transportation will be provided between home and school for students living some distance away.

Noting that the institution’s educational programme will be comprehensively tailored for the students’ development from early childhood to the secondary level, Ms. Porteous says it is intended to track the youngsters’ progress over the ensuing five years after graduating at age 18.

“We will try to get them into a tertiary institution, and then we will try to make sure that they get a job. [By doing] that, you start to effect change in the communities from whence they came. There’s a lot of love that’s going to be provided there, because we’re catering to the poorest in our society… . Those are the people we are reaching out to,” she adds.

Meanwhile, Ms. Porteous, who was succeeded as Manchester’s Custos on July 1 by businessman, Garfield Green, says she intends to continue rendering community service.

Ms. Porteous, who served as Custos for seven years, lists among her achievements – boosting the parish’s complement of Justices of the Peace (JPs) to 319, and renovating the women’s detention centre in Porus.