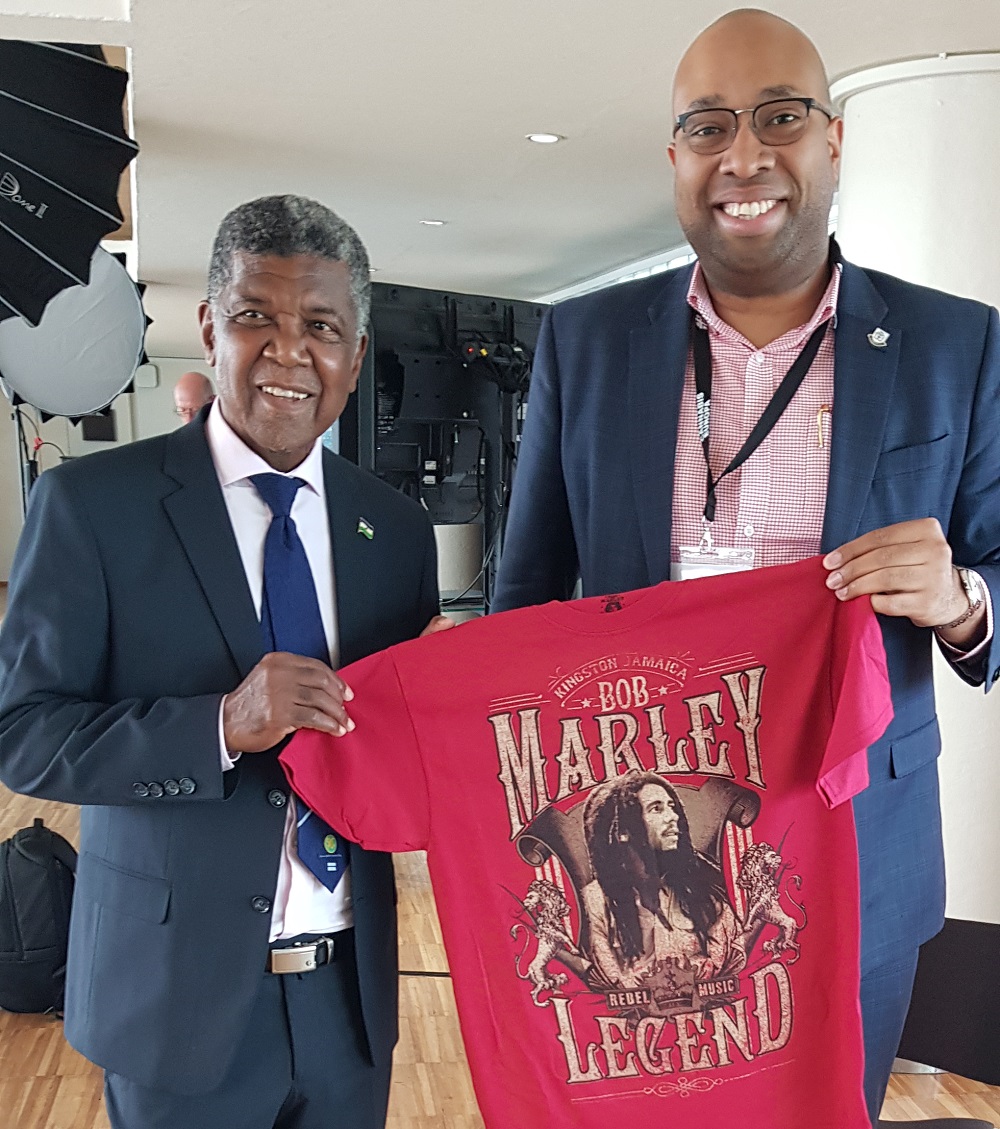 Mr. Seiveright, who recently returned from Great Britain where he joined some 80 panellists from countries across the globe at a Cannabis Europa Conference, said the stakes are too high for Jamaica not to be prepared to be a huge part of an estimated US$100-billion global medical marijuana market.

He said it is also important that the traditional local growers are given the opportunity to transition into the medicinal cannabis sector, where they are able to position themselves to capitalise on “what will be an inevitable boom”.

“We are all here on the strength and hard work of our traditional growers. Those are the growers who ensured that we have a brand Jamaica, in relation to cannabis and we as a body (CLA) will be doing all in our power to ensure that those who still operate in the traditional industry can transition into the legal cannabis industry,” Mr. Seiveright added.

Mr. Seiveright said that in a number of States in the USA and also in Canada, medicinal cannabis has already taken on a life of its own and has been generating billions of dollars annually towards those economies.

“We see what is happening in the United States where Illinois just became the latest State to legalise marijuana,” Mr. Seiveright told JIS News.

“A number of US attorneys general have also been lobbying the United States Treasury Department to loosen banking laws that are hostile to cannabis growers. As our Minister of Industry, Commerce, Agriculture and Fisheries, Hon. Audley Shaw, keeps saying, Jamaica cannot afford to miss this boat,” he said.

Minister Shaw, at a function in Montego Bay, St. James, recently, said that in addition to being in solidarity with the US attorneys general, the Jamaican Government will be using all its diplomatic channels to lobby the United States Treasury Department to deal with the problem of de-risking, so that “our cannabis farmers can have access to services from our local banks”.

Mr. Seiveright said his visit to England has only served to reaffirm his belief that Jamaica can be a pioneer for cannabis reform globally.

“Everyone is coming around to the benefits to be had from being a part of medicinal cannabis,” he said.

Cannabis Europa 2019, which took place at the South Bank Centre in London, saw some 1,200 attendees, including 80 speakers and panellists from across the international community, focused on government policies and business development activities for cannabis in Europe and other countries.

Photo Caption: Deputy Prime Minister of the landlocked African nation of Lesotho, Hon. Monyane Moleleki (left), is presented with a Bob Marley T-shirt by Director, Cannabis Licensing Authority, Delano Seiveright, at the Cannabis Europa Conference at the Southbank Centre in London, United Kingdom, recently. Mr. Moleleki and Mr. Seiveright were among a range of speakers from across the globe. Lesotho is the first African country to legalise the cultivation and manufacturing of medicinal cannabis.