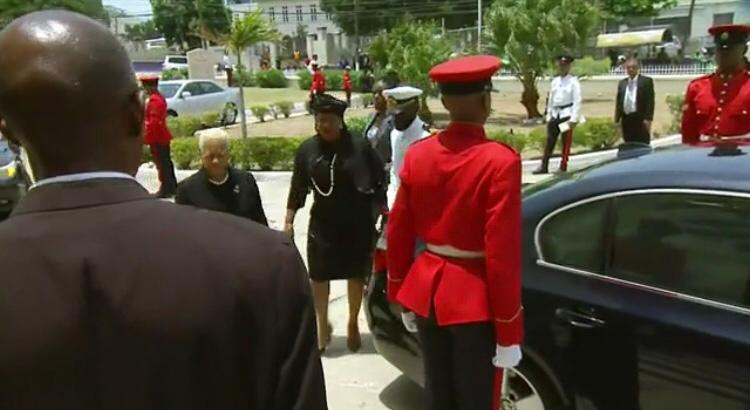 #Providenciales, June 23, 2019 – Turks and Caicos – TCI Premier Sharlene Robinson collapsed today at the graveside interment of the late Edward Seaga, former Prime Minister of Jamaica as he was laid to rest today.

Magnetic Media is also informed by those with the Premier that Mrs Robinson is responding well to medical care and is expected to be released from hospital soon.

Temperatures across the region today were showing a real feel high of 100 degrees.