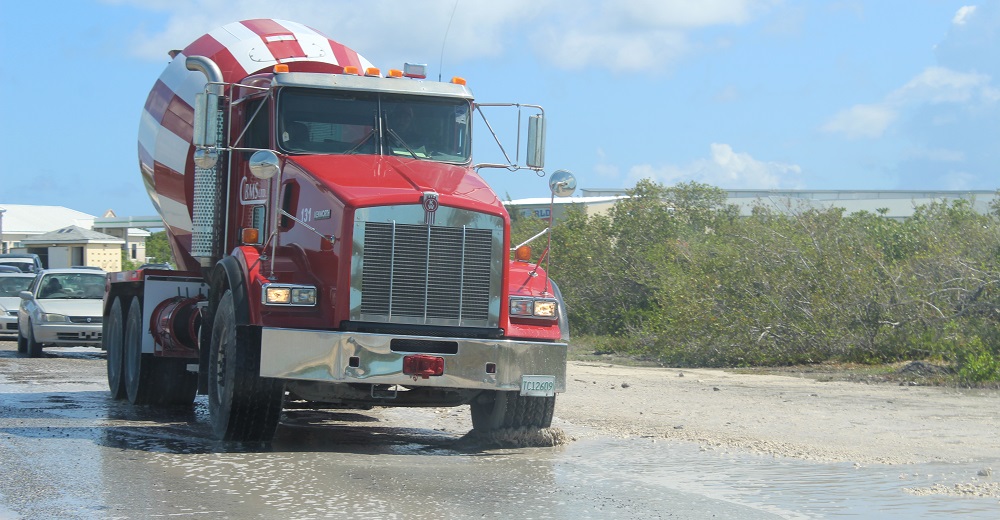 #Providenciales, June 1, 2019 – Turks and Caicos – Residents were yesterday informed that there is relief coming for the now decimated strip of roadway linking the southern communities of Five Cays, South Dock and Chalk Sound to the rest of Providenciales.

Incessant rains and localized flooding have bogged the area down in murky, mucky water which has eroded most of the road and created soggy sidewalks.  Crater sized potholes are like death traps for motor vehicles, some remain crippled on the sides of the road as hundreds of vehicles try to navigate the messy stretch of street every day.

The extreme flooding has made the commute into and out of the community frustrating, impossible for some vehicles and down right dangerous for all motorists.

There have also been reports of road rage.

One half of the road; the south bound lane is now completely eroded in some portions due to the water which has been allowed to sit for at least two weeks now.

Many residents to whom we spoke are disappointed in the delay in addressing the issue, but welcome the news of relief.

This main vein is the only way in or out by vehicle and it leads to many critically and commercially important areas.

South Dock is the country’s gateway for everything.  All imported goods, to the tune of over 2.2 billion in the past five years, arrive at the port. Our groceries, our vehicles, precious commodities like fuel, cement and other consumer goods arrive by sea at South Dock’s port before they are distributed to Provo and the other islands of the Turks and Caicos.

One can also find industrial and mechanical businesses on South Dock Road; and as of 2014 a private luxury airport which welcomes millionaires who chose to vacation in the Turks and Caicos is also in the area.

Chalk Sound is a destination within Providenciales as home to some of the country’s most elite political, civic, church and business leaders.  It is also a real estate, recreational and environmental gold mine.  It is where you can find the $45 million, award winning Emerald Cay villa; multi-million-dollar homes, luxury villa rentals, the welcome mat of turquoise waters over which all airline flights fly and it is home to two of the most popular beaches in the country – Taylor Bay and Sapodilla.

Chalk Sound is a national park and a safe haven for thousands of endemic rock iguanas.

Five Cays is one of the oldest and most historic and most populated residential communities in the country and the access road is also the only way one can get there in a motor vehicle.

Five Cays is the home of the Minister responsible for fixing the road, Deputy Premier Sean Astwod and ironically, South Dock, Chalk Sound and Five Cays all make up the constituency which Hon Sean Astwood represents in parliament.

The problem of flooding at the Five Cays access road is not new; it is very, very old.  An old enough problem and an essential enough roadway to command the proper engineering expertise and an immediate works project to change what happens at the access road every time there is heavy rain.