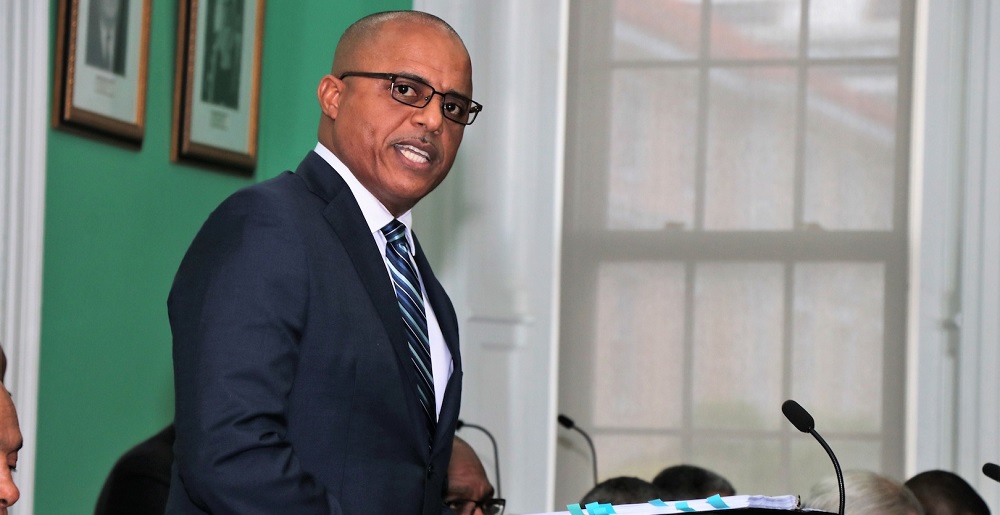 #Nassau, June 14, 2019 – Bahamas – Minister of National Security the Hon. Marvin Dames said in the House of Assembly, on June 11, 2019, that the Royal Bahamas Police Force’s (RBPF) Commissioner and his Officers have been successful in translating the Government’s crime agenda into effective operational strategies, so far that year.

“For the first quarter in 2019, overall crime is down by seven percent compared to the same period in 2018,” Minister Dames said, during his Contribution to the 2019/2020 Budget Debate.  “Crimes against the person are down by 16 percent, as a number of prominent offences trended downward – including armed robbery down by 20 percent, rape down by 29 percent, unlawful sexual intercourse down by three percent, and robbery down by nine percent.

Minister Dames said that it is important to note that, despite those significant double-digit decreases in key categories of crimes, the one notable trend that was negatively impacting the overall figures is the category of stealing.

“The Commissioner has indicated to me that he will be placing a greater emphasis on this offence category, with particular focus on the offence of stealing from vehicles, with the hope of bringing the numbers in this category down,” he said.

Minister Dames noted that the decrease in crime during the first quarter of that year had improved over the same period the previous year, when only a one percent decrease was observed.

“The Bahamian people would recall that, for the first time in nearly a decade, the murder count in The Bahamas did not exceed the 100-mark last year,” he pointed out.  “This was primarily as a result of a number of new and timely policy directives, combined with a clear understanding of strategic goals, followed with sound execution by law enforcement.”

Minister Dames said that, as murder rates have been decreasing, detection rates have been increasing.  As at that day, he announced, 24 – or 65 percent of – murders had been detected or solved, which, he said, meant that persons had been charged.

“The decreases and other successes are not occurring by coincidence, but by carefully thought-out and deliberate changes in the way our Police Force conducts its crime fighting strategies,” he added.  “I would like to caution Bahamians everywhere, that despite the decreases, we are a long way from achieving our objective of a crime free Bahamas.”

Photo Caption: Minister of National Security the Hon. Marvin Dames speaks on crime figures, during his contribution to the 2019/2020 Budget Debate in the House of Assembly, on June 11, 2019.