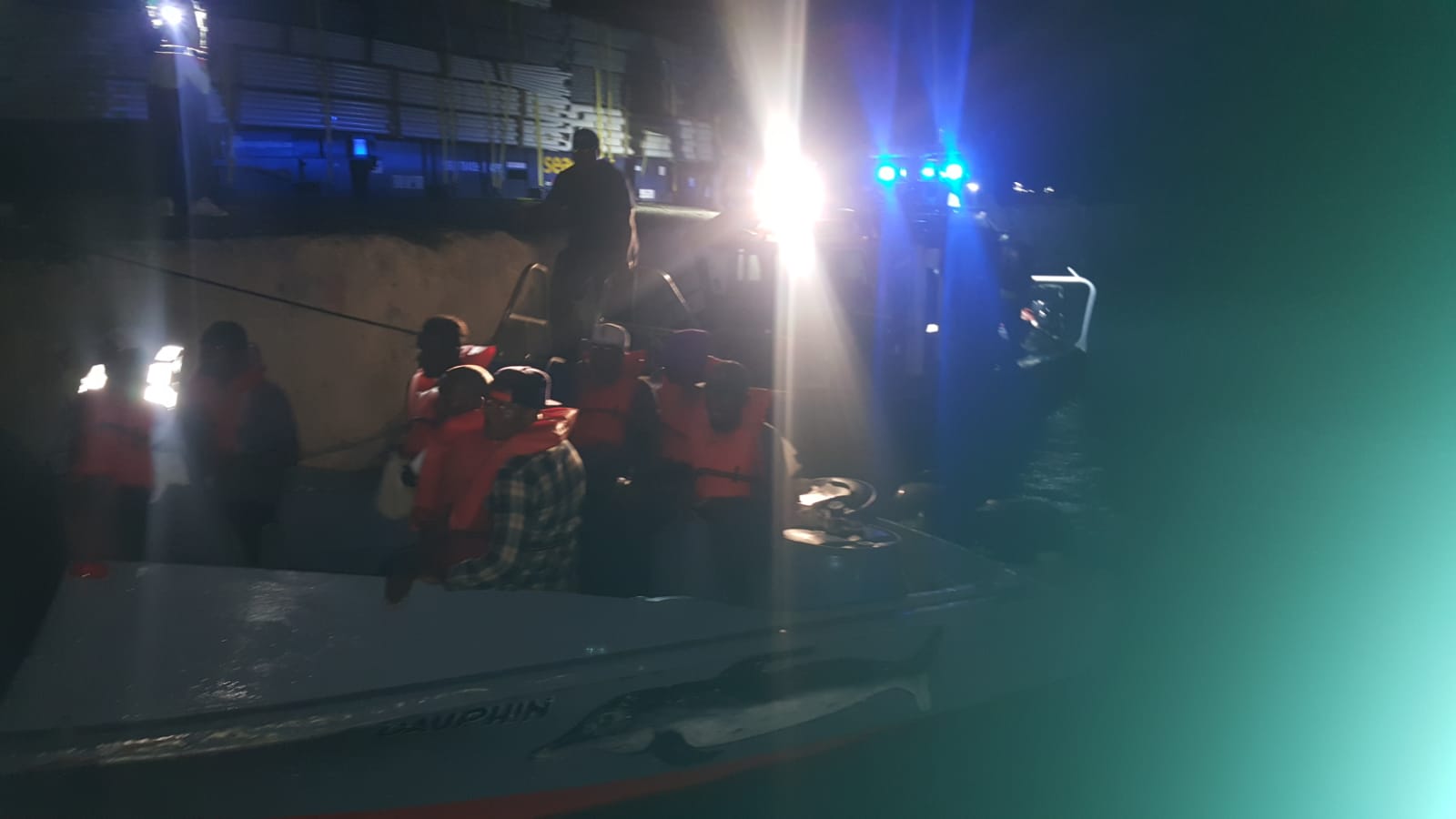 “An Illegal vessel containing 21 illegal Haitian migrants was successfully intercepted on Sunday, May 5th, 2019 around 7:30 p.m. by Marine Branch Officials via M/V Sea Pursuit. The grey and red vessel with 70 and 40 horse powered engines, named Dauphin carried 15 males and 6 females.”

The 21 migrants will be processed and repatriated following detention at the South Dock Road center.  The group was hauled into South Dock and escorted to the Detention Center by members of the Task Force, said the media release.