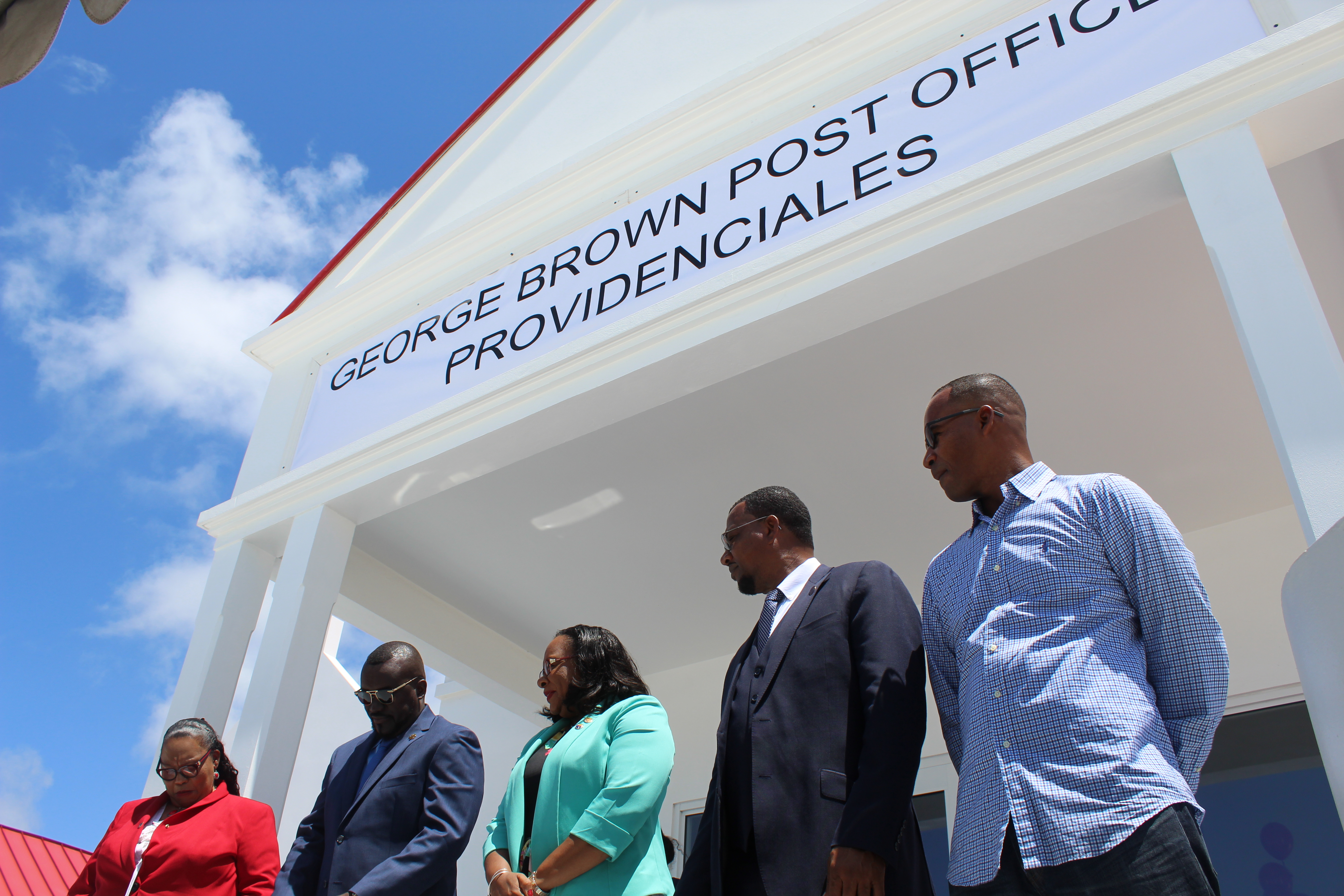 #Providenciales, May 8, 2019 – Turks and Caicos – The George Brown Post Office was officially opened today and the stunning structure signals the start of a redevelopment of down town Providenciales as it bridges a bygone era and a modern vision for what the postal service can be in the Turks and Caicos Islands.

As a finale to his tenure as the Minister of Home Affairs, Delroy Williams spent his final day on the job at the ministry leading in the opening of the first new construction of the PDM Administration.

It was a fine day for the government and the minister, who, along with his team presented the new building to the Post Master General and the general public with many sentimental moments.

There was a pinning of several dignitaries including the Leader of the Opposition, Washington Misick; former Chief Minister, Derek Taylor; Deputy Governor Anya Williams; Premier Sharlene Robinson and son of the building’s namesake, Charles Brown who returned home for the cherished event.

The George Brown post office sits on the exact site of the former building which was condemned after staff in 2014 protested horrid work conditions.  Industrial action exposed that the old building was a health risk with rat and mold infestation, cramped quarters and more; all of which contributed to a reputation of unreliable service at the post office.

At that time, the PDM as the Opposition Party stood with the postal workers and demanded a better working environment and a proper facility for the public. Today, the PDM as Government was credited with making all of the right decisions to action the reconstruction.

Post Master General, Elizabeth James, who gave riveting remarks at the ceremony today was presented with the keys for the new $1.5 million-dollar post office.

The new post office, which boasts 3,500 post office boxes was constructed by JamalCo; construction started in June 2018 with a cornerstone laying ceremony.