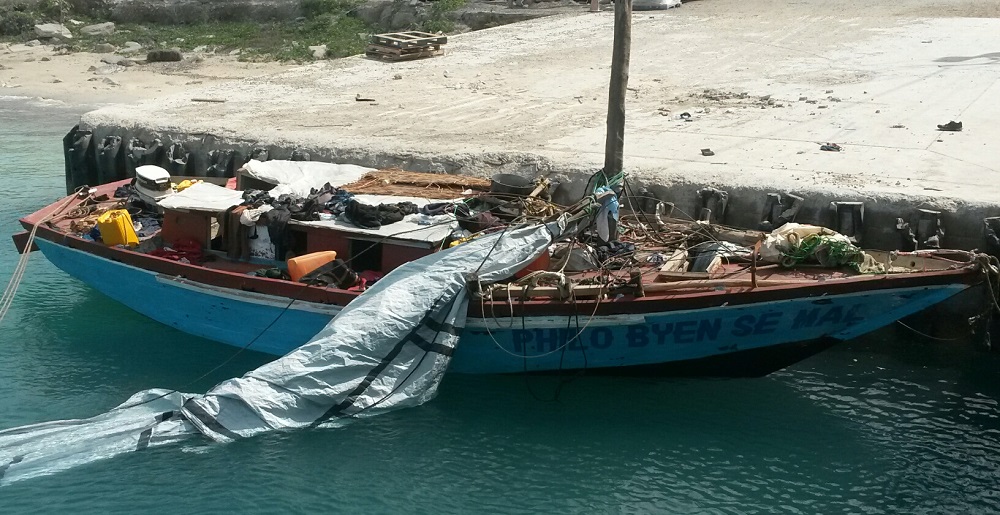 The 30ft blue, white and red sloop bearing the name “Philo Byen Se Mal” supported by a 20 Horse Power Johnson Engine had onboard fifty-eight (58) males and seven (7) females from Haiti. Upon arrival at the South Dock, they were handed over to Immigration Officials and escorted to the Detention Centre for processing and detention.

A search for illegal drugs and firearms were conducted on the sloop, but nothing was found.