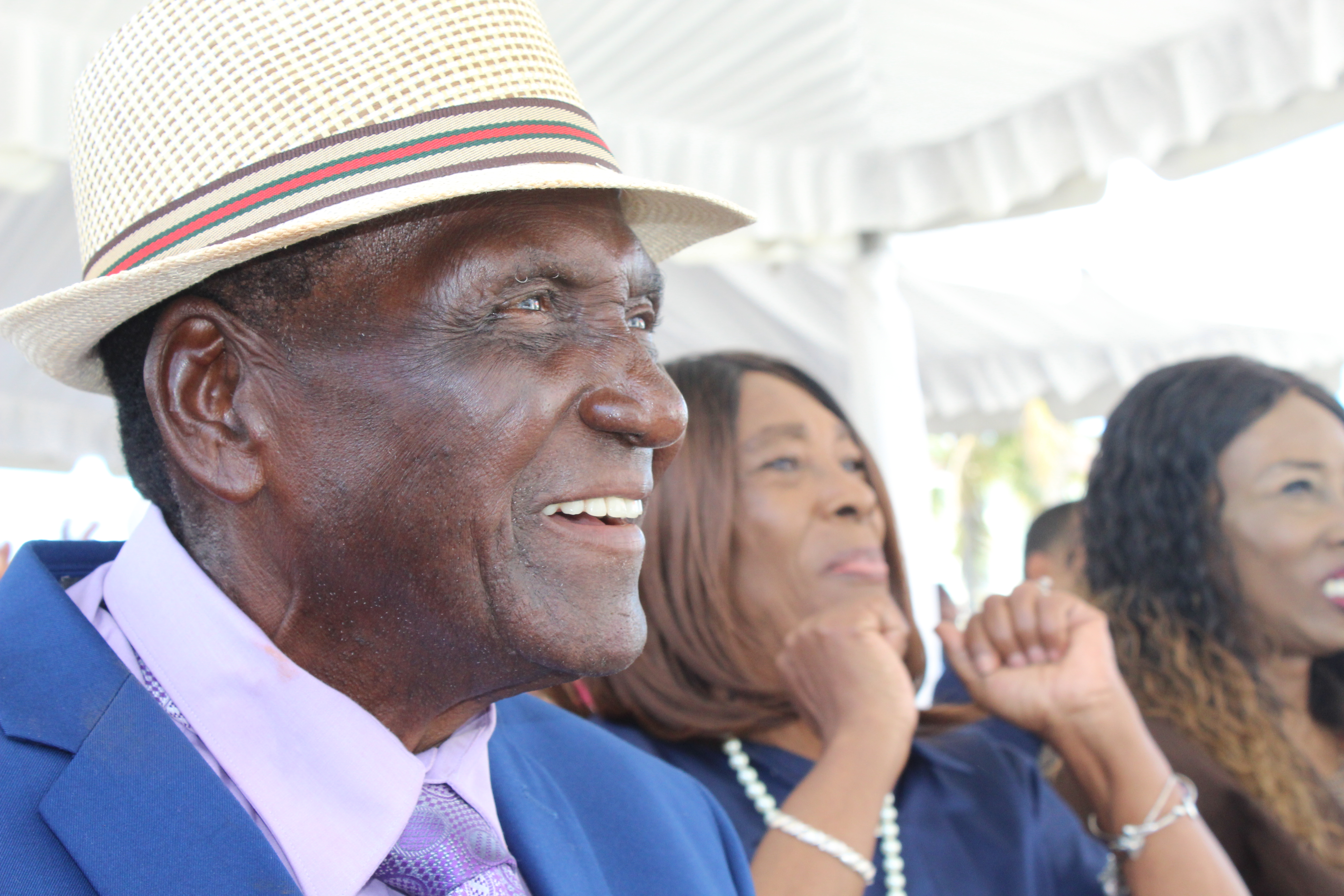 #Providenciales, May 8, 2019 – Turks and Caicos – Four generations of George Brown’s family gathered from across the Turks and Caicos Islands and flew in from Florida to be a part of the historic naming and opening of the new post office, held today May 7, 2019.

The only surviving child of the late George Brown, Charles Brown was the guest of honour and he was not alone.  Children, grand-children, nieces, nephews and some grand, great-grand and great-great-great grand relatives were jovial; expressively saying how proud they were at the idea for the new post office to bear the family’s name.

Minister of Home Affairs, Delroy Williams, in his final public and official duty under that portfolio today explained that he proposed the name and was elated when it was agreed to in Cabinet.  He called it a banner day for Blue Hills.

Brown’s son, Charles, was not only pinned with specially crafted lapel pins featuring the first Chief Minister, JAGS McCartney and first female Premier, Sharlene Robinson but he was given a framed photograph of his old home in Blue Hills.

The presentation of the image of his father’s house which doubled as the post office back in the 1940’s drew ‘oohs and aahs’ and robust applause.

Mr. Charles Brown cut the ribbon to the main service door with the Premier and Minister, he was presented with a plague for the family as its patriarch, he was among the first to enter the new facility and along with Minister Delroy Williams, Brown opened the first post office box and yes there was mail inside.

The George Brown Post Office will open to the public on Monday, with its 3,500 post office boxes.

Post officer workers will spend the remainder of the week, moving into the new facility.