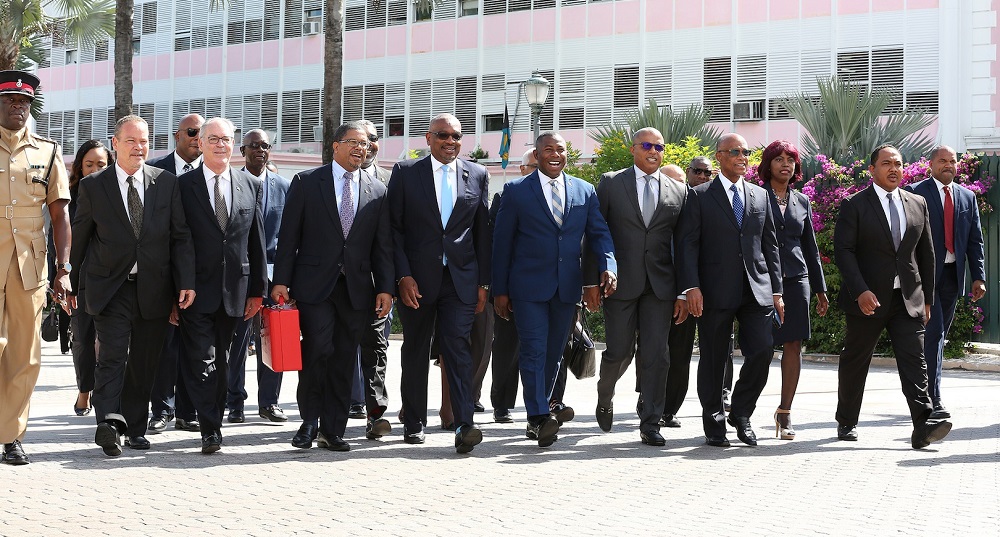 #Nassau, May 30, 2019 – Bahamas – The Government has proposed a number of tax relief measures to provide some reprieve to all citizens and to encourage economic activity by making the import of certain items relatively cheaper, thereby comparatively easier for persons to enter existing markets and, in some cases, create new ones.

Deputy Prime Minister and Minister of Finance the Hon. K. Peter Turnquest listed the tax relief measures during the Budget Communication 2019/20, in the House of Assembly, Wednesday, May 29, 2019.

DPM Turnquest explained that there will duty reductions worth $28 million in revenue. “In an effort to rebalance the tax burden between the provision of goods and services and reduce the attendant distortionary impacts, we are beginning to make good on our commitment to reduce duty and excise rates over the next three years.

“To that end, we will, at this time, adjust the duty on selected frequently imported items. Generally, the focus of these reductions is around educational supplies and equipment, and household implements and goods. These items include:

The Government has also reduced the duty from musical instruments; allowed trailers for commercial fishing boats to be eligible for duty exemption and amended the Spirits and Beer Manufacture Act to reduce the minimum bushel requirement for production, to now make microbreweries eligible for import duty concessions.

The DPM explained, “You would recall that the government earlier in the fiscal year increased the VAT zero-rating on Light Bills from those under $200 to those under $300. It was approved as a temporary measure that was to expire at the end of June.

He added, “I am pleased to advise that this higher ceiling has been made permanent, and customers will continue to enjoy VAT zero-rating on electricity bills under $300. Water Bills under $50 per billing cycle will also continue to enjoy VAT zero-rating. I can also announce today Mr. Speaker that as of March of this year over 23,500 households have benefitted from this elimination of VAT from these utilities.”

DPM Turnquest also explained that to advance the Government’s commitment to environmental sustainability, it has tailored several measures in the 2019/20 Budget with an aim to not only protect the environment, but also to increase environmental awareness across all islands.

In addition, he stated that the measures aimed at environmental purposes are in line with the Government’s planned ban on plastic by January 2020. These measures include:

Reducing the duty on new vehicles between 1.5 liters (1500cc) and 2.0 liters (2000cc) valued at $50,000 or less from 65 per cent to 45 per cent. In this context, only cars with less than 200 miles on the odometer will be considered ‘new’. This makes smaller, more fuel-efficient vehicles more affordable.

Harmonizing the rates on all new electric and hybrid vehicles valued up to $50,000 to 10 per cent. It should be noted here that this measure will have a sunset clause of five years, after which this special revision will revert closer to the rates for other small size vehicles.

Photo Caption: Parliamentarians walked from Churchill Building, across Rawson Square to the House of Assembly for the Budget Communication, today, led by Prime Minister, the Most Hon. Dr. Hubert Minnis, centre, and next to him Deputy Prime Minister and Minister of Finance the Hon. K. Peter Turnquest (with the Budget document in briefcase).  DPM Turnquest highlighted the government’s proposed tax relief measures to provide some reprieve to all citizens during this Budget 2019/20 presentation in the House of Assembly, May 29, 2019.