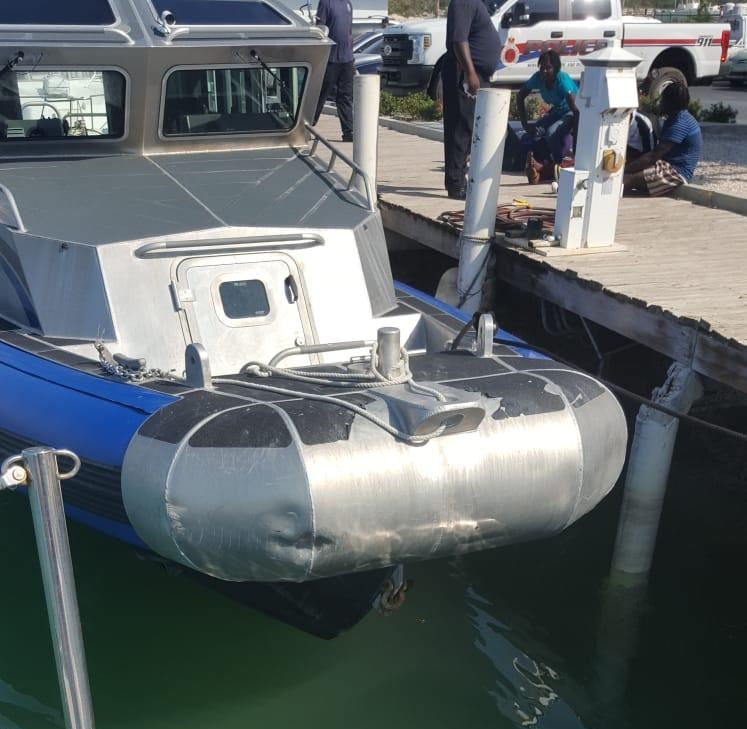 #Providenciales, April 12, 2019 – Turks and Caicos – Six Haitian men are in custody following a high-speed chase and boat-ramming encounter with the TCI Police after being spotted by the coastal radar.

Commissioner of Police James Smith said, “I would like to say well done to my Marine Branch Officers who continue to do their best to protect the waters of the TCI while putting their lives at risk. We never know if these boats are carrying weapons that could potentially harm us, or like what transpired today they can potentially ram us. I am happy to report that the M/V Sea Guardian received minimal damages that will be repaired”.

The boat was detected around 5:10 a.m. and the Marine Police branch answered the call in the M/V Sea Guardian; the illegal crew on their illegal boat were not an easy catch but failed to outwit and outrun our officers.

The group was found about one nautical mile off NW point Providenciales and a search of their speed boat, said Police, turned up nothing of interest.

The M/V Defender was said to be nearby during the incident, to assist in the apprehension.