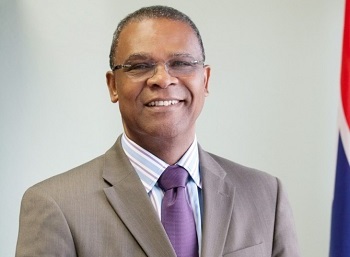 #Providenciales, April 19, 2019 – Turks and Caicos As we commemorate the death and resurrection of Jesus our redeemer may our contemplation of his sacrifice for a broken world inspire us to spiritual renewal.  We are told in Romans 6:4 that “just as Christ was raised from the dead by the glory of the Father, even so we also should walk in newness of life.”

While we recall the Passion of Christ as demonstrated in the short final period of His life from His triumphal entry into Jerusalem to his death Paul reminds us in Romans 4:25 that “Christ was raised for our Justification” yet we tend to place more importance on his death when he himself said “because I live, ye shall live also.”

The 16th century Dominican Friar Tommaso Campanella in questioning why Jesus resurrection is less emphasized than His death on the cross asked rhetorically, “Why do you keep filling gallery after gallery with endless pictures of the one ever-reiterated theme, of Christ in weakness, Christ upon the cross, Christ dying, most of all Christ hanging dead? Why do you concentrate upon that passing episode, as if that were the last word and the final scene, as if the curtain dropped upon that horror of disaster and defeat? Paint Christ not dead but risen……. Paint Him the Conqueror of death! Paint Him the Lord of Life! Paint Him as what He is, the irresistible Victor who, tested to the uttermost, has proved Himself indeed mighty to save.”

The 20th century evangelist George Beasley- Murray also opined that “If the Church had contemplated the Empty Tomb as much as the Cross of its Lord, its life would have been more exhilarating and its contribution to the world more positive than has been the case. Beasley – Murray words must be a reminder to us of Jesus commandment to love one another.  He says, “By this all men will know that you are My disciples, if you have love for one another.”

Let us also be reminded that Jesus in his model prayer require us to forgive those who sin against us as Christ forgave our sins. After all is not Easter in its truest sense about death to old ways and a rebirth to to a new life of love and forgiveness? Let us resolve to be practice what we preach by honouring Christ sacrifice this Easter and beyond.

Finally, the holy writ pronounces a blessing on the nation on “whose God is the LORD.” In these confused times when might is right, and wrong is strong let the Turks and Caicos hold to the principles of its Godly heritage and resist outside pressure to conform to a culture that dishonours God.

Happy Easter to all!