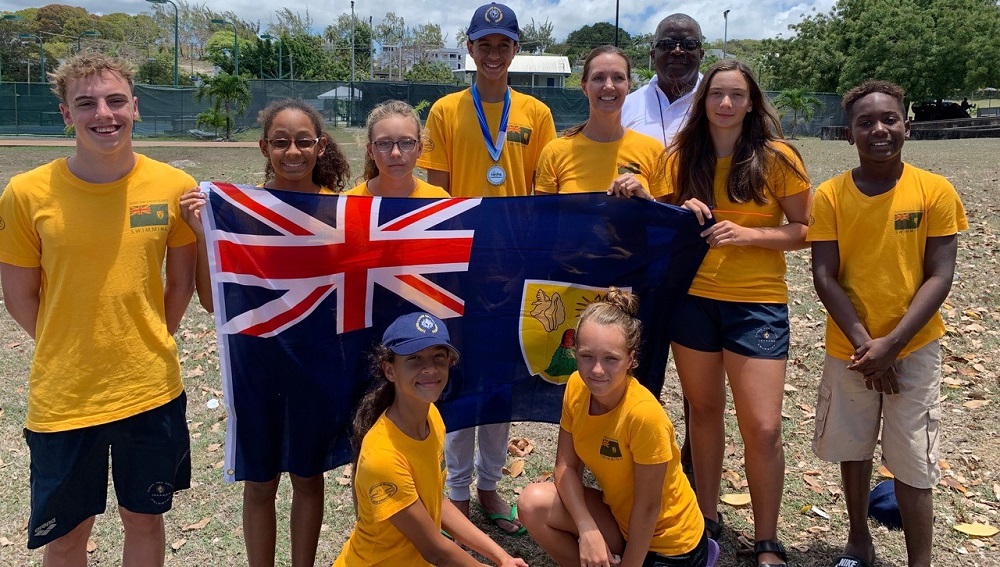 #Providenciales, April 25, 2019 – Turks and Caicos – For TCI Swimming, it was a dream come true with TCI’s first ever CARIFTA Swim medal —a silver by Rohan Shearer in the 50 M backstroke. While there were no more medals, Team TCI rounded off the week’s competition in Barbados in the same manner it began with impressive performances by TCI swimmers.

In the 11-12 Age Group, Sophie Taylor, Angelina Lindenhahn, Selin Kilic represented the girls and Tajhari Williams and Rohan Shearer represented the boys. Lilly Taylor and Thais Burgess were the competitors in the 13-14 age group while Luke Haywood was the single competitor in the 15-17 age group. Luke just missed the finals in the 200 M breast stroke, coming in a remarkable 9th.

National Coach Zeke Hall said, “It’s always a nice reward for a coach to see the level of successful swims from swimmers and be increasingly encouraged to press onward to greater targets owing to the enhanced interest in the sport gained by swimmers participating in events like CARIFTA.

The boys and girls are indeed exhausted but are resolved to continued intense training to obtain further improvements. The swimmers at this year’s championships form a solid building block for TCI swimming. They have set a high targets for swimmers to follow and the prospects for next year’s CARIFTA championship look promising.”

Team Manager Janine Taylor stated, “I was thrilled to be there and witness our first ever medal for swimming! I am so proud of all of our swimmers achieving personal bests at this international meet. I hope that we continue to see swimming grow in our country, hopefully with the addition of a swimming pool we can see more swimmers on the podium!”