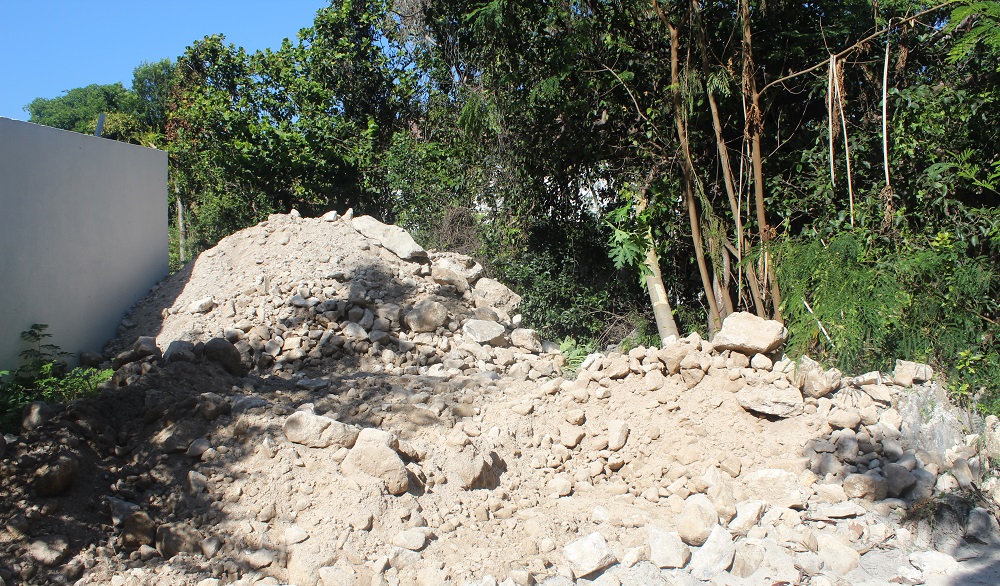 #Providenciales, March 27, 2019 – Turks and Caicos – The developer of Turks Cay Resort says that he is not responsible for the two huge mounds of quarry rock dumped at the Babalua public access road; Arik Kislin told Magnetic Media last night that despite fingers being pointed at him, his company did not block the beach access.

“I look to Turks and Caicos and specifically Provo as my home away from home and place for peace of mind.  My upcoming project highlights my passion and connection with the islands and the community.  I had nothing to do with this…” said Mr. Kislin.

A call on Monday afternoon got Magnetic Media to the site, where we photographed the obstruction.  Today, the Department of Environment and Coastal Resources issued a warning to the public.

“The DECR urges any persons obstructing public beach access to cease such actions forthwith. Anyone contravening the above will be charged to full extent of the law.”

It was reported that a squabble over access broke out on Saturday; Police and Planning were said to have been summoned to the scene.

Minister with Responsibility for Planning, Goldray Ewing late today informed that he was aware of the DECR notice about beach access and national parks; and that who ever is responsible for dumping the quarry and blocking the public access has until tomorrow to remove it.