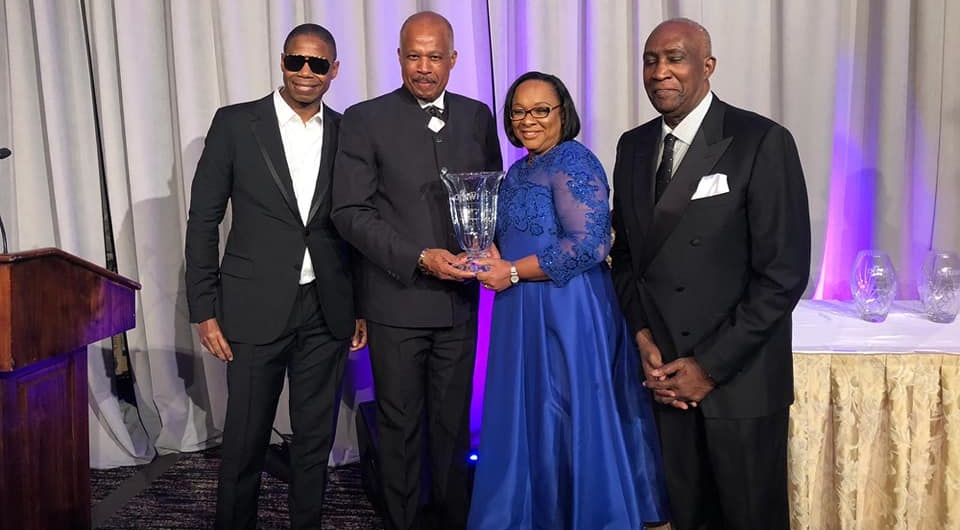 #Providenciales, March 11, 2019 – Turks and Caicos – Turks and Caicos Premier Sharlene Robinson is no stranger to accolades for her accomplishments scholastically, as a pioneering figure in breaking-down gender barriers and for her strides politically as the first female Opposition Party Leader and first female Premier of these islands… in late February, the trend for Sharlene Cartwright-Robinson, continued in New York City.

The American Foundation for the University of the West Indies again singled-out, for its fundraising awards gala, graduates who have excelled in their professions… the Turks and Caicos Premier made the stellar list for 2019.

Premier Sharlene Robinson, who graduated with an LLB in law from the University of the West Indies in the 1990s was the recipient of the Legacy Award on February 27 (2019) at the 22nd Annual Legacy Awards Gala, held at the Pierre Hotel in New York.

“In receiving her Award, Premier Robinson shared a personal story of her journey through UWI during the mid-1990s while recognising lecturers who she said positively impacted her life and helped in shaping her: Dr Trevor Munroe, Dr Neville Duncan and Dr Kenny Anthony.

She thanked God, her family, her Party, the people of TCI, her Church family and her Staff and in the end dedicated her Award to the memory of her 41yr old Personal Assistant Joy Lightbourne who had been with her for over six years.

In closing, Premier Robinson challenged all to change their corner of the world and to serve with honor to the glory of God.