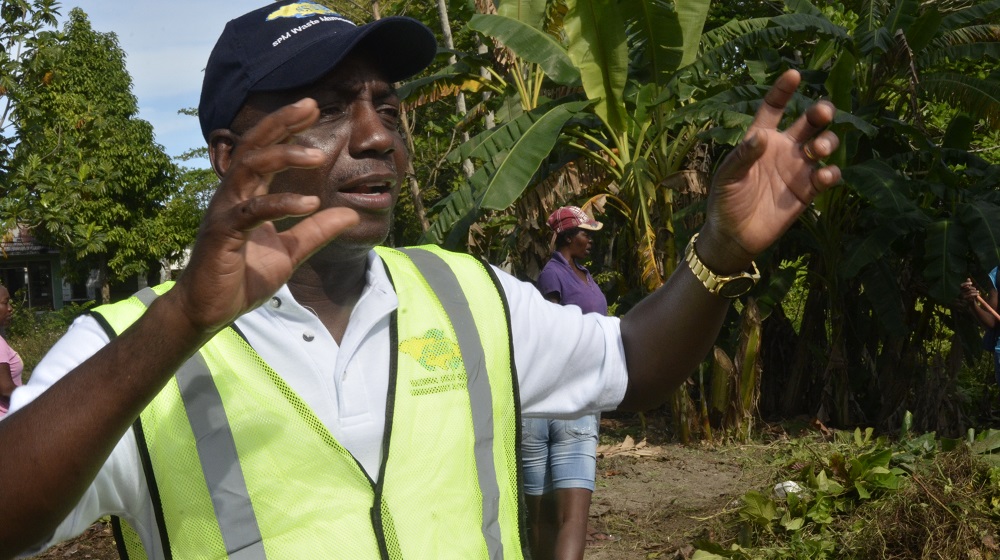 Montego Bay, March 12, 2019 – Jamaica – Regulations to govern solid waste management in the island are expected to be completed in short order.

“They are in the final stages now,” said Executive Director of the National Solid Waste Management Authority (NSWMA), Audley Gordon.

“So for those people who are anxious for us to be more robust in our enforcement strategy, the regulations to empower us are near completion and we are looking at months. Then we will have the kind of enforcement strategy that the public expects of us,” he added.

Mr. Gordon was speaking to journalists at the first clean-up activity under the Western Parks and Markets (WPM) enforcement initiative in Negril, Westmoreland, recently.  He said that among the critical areas that will be covered under the regulations is public cleansing.

“There is much more that we can do; for example, we can demand of people to produce proof, especially commercial entities, that they have proper arrangements in place to remove their solid waste,” Mr. Gordon said.

He noted that the regulations also cover e-waste, which addresses the proper way to discard electronic appliances such as mobile phones, computers and television sets.

“We do not want those things mixing with the regular garbage. There must be a proper was in which we deal with them. We have already secured a site through the Sugar Company of Jamaica in Hill Run (St. Catherine), which will temporarily house e-waste until we can export it or an investor can take it off us, because there is a market for those discarded items,” Mr. Gordon pointed out.

“We need somewhere in the West as well, where we can have a permanent base and can say to the public, this is where you take it (e-waste), so that it is not thrown around and pose a danger to our children,” he continued.

Mr. Gordon noted that fines associated with the regulations will provide a deterrent against breaches.

The cleaning operation in Negril was focused on clearing waste items as well as overgrown plants at two open lots in the resort town.

The initiative was undertaken by WPM in an effort to destroy mosquito and rodent breeding sites, and to prevent the lots from becoming dumping sites.