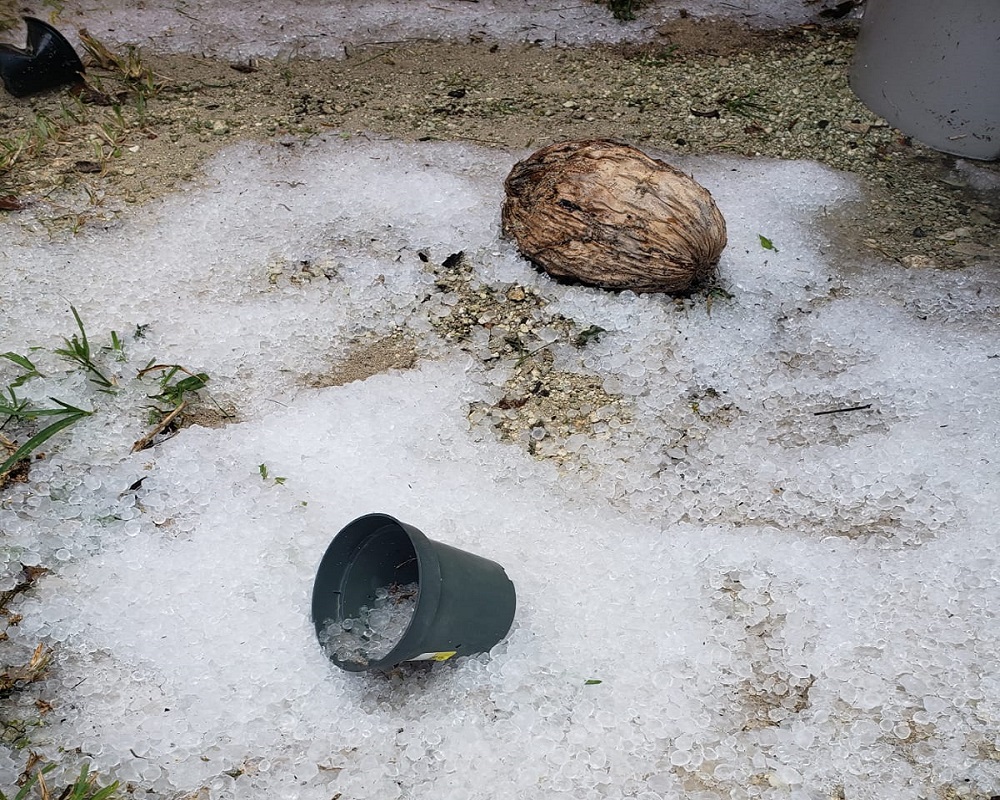 #Freeport, GB, March 28, 2019 – Bahamas – Only a very small part of the island of Grand Bahama experienced it, but it is likely the coolest national conversation literally, after ice fell from the sky for about 10 minutes in Freeport today.

It caused quite a stir in The Bahamas’ second city as photographs and cell phone videos flooded social media; some were excited and others surmised that maybe it is the end of the world.

Rounded pellets of ice pinged off roof tops, vehicles, the ground and collected in clusters in the Port Lucaya and Ridge areas.

The Bahamas Department of Meteorology issued a preliminary report, citing the Marsh Harbour Abaco doppler radar as the source for the weather data.

“An area of low pressure developed along a cold front in the vicinity of the extreme Northwest Bahamas on Wednesday, 27th March, 2019 and produced scattered showers and thunderstorms over the area.

A small cluster of thunderstorms moving southwestward at about 10 to 15 mph moved over the western side of Grand Bahama and passed very close to Freeport City and Mather Town just before 1:00 p.m. EDT on 27th March, 2019. At which time a thunderstorm cell from the cluster increased in intensity and produced intense rainfall and hail over Lucaya and Mather Town.

A rainfall rate of 7.5 inches per hour was recorded by the Doppler weather radar stationed at Marsh Harbor, Abaco. Another severe thunderstorm cell developed a short time later near the Grand Bahama Highway. Both of these events were rather short lived as the thunderstorm cells moved rather quickly away from the affected areas.”