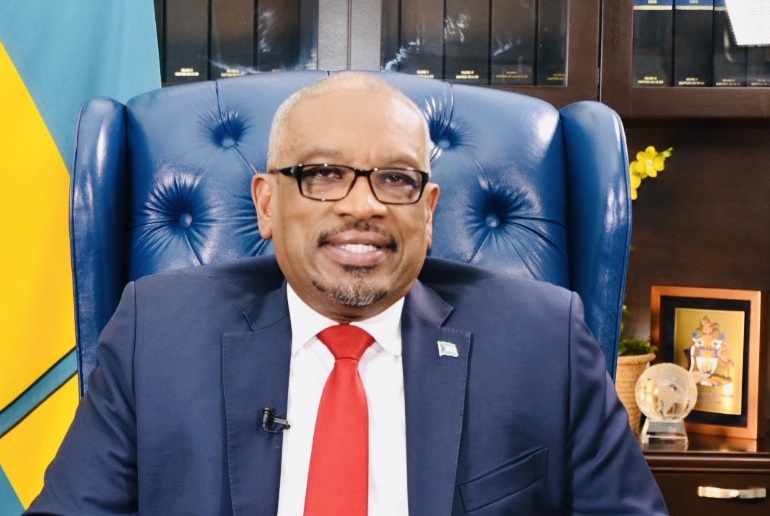 #Nassau, March 26, 2019 – Bahamas – The government of The Bahamas is taking an aggressive stance in overhauling its educational system for future generations in order to ensure the country is equipped to face 21st Century demands, said Prime Minister the Most Hon. Dr. Hubert A. Minnis in his second Report to the Nation for 2019, Monday evening, March 25.   Prime Minister Minnis outlined some of the key initiatives that have been undertaken by the government to meet the objective in this national address, which focused on Education, Safety & Security, and Culture.

“Education is at the very core of our economic and social development.  Our mission is to ensure that everyone has access to the educational opportunities they need and deserve, in order to succeed in life and to become responsible citizens,” said Prime Minister Minnis.  “We cannot, and we will not advance as a country, if we fail to make great strides in education and training, at every level.  Since Majority Rule, we have made tremendous progress in universal access to education.  Government- and church-operated schools have successfully educated thousands of young Bahamians, many of whom went on to tertiary education.”

He said that tribute must be paid to the generations of teachers, principals and educational professionals, both in the public and private school systems, who have dedicated their lives to education.

Reform of the educational system must impact every stage of learning including: preschool, primary school, junior and senior high, as well as BTVI, the University of The Bahamas, and other education and training agencies, he noted.

“We have to think big, and to act boldly to secure our future! Beginning this September qualifying students will be able to attend the University of the Bahamas tuition-free.  We will make more announcements on this at a later date,” said the Prime Minister.

Expressing the government’s commitment to expanding access to technical and vocational skill training, for many more Bahamians, he said that in August 2018, $2.6 million dollars for scholarships was allocated to BTVI. The Government awarded, $1,000 scholarships, to students enrolled in full-time programs, inclusive of preparatory programs, certificate programs, diploma programs, and associate degree programs.

Named the ‘Bahamas Be Your Own Boss’ (BYOB) scholarship, it is geared toward providing students mainly between the ages of 18 to 25 years old with the requisite technical and vocational skills to start businesses and/or, secure employment in the business sector. Accordingly, approximately 80 percent of the scholarships were awarded to students who met the criteria.  Special consideration was given to Family Island students who reside in areas where fulltime programs are not available. The remaining scholarships, he noted, will be awarded to individuals over the age of 25 years old, on a case-by-case basis.

Early childhood education is also being enhanced with the Bahamas Early Start (BES) Project.  This project would fortify the sector by focusing on the equitable delivery of comprehensive, and quality childhood development for all children from the earliest stages of development.

“This project will impact both public and private pre-schools through:  the revision of the national pre-school curriculum; the training of teachers, care givers, and teacher’s aides on effective strategies in early childhood education; and through parent information and education,” he said.

In April 2018, the Ministry of Education introduced the Universal Pre-Primary Education Initiative to key education stakeholders. The initiative will increase access to pre-primary education for three and four-year-olds throughout the country.

The Prime Minister said that three and four-year-olds whose parents could not afford to send them to preschool now have access to pre-primary education, to prepare them for first grade.

“We have launched a Lower Primary School Literacy effort,” he said. “The goal is to implement strategies to increase the percentage of students achieving A-D in Language Arts in the Grade Level Assessment Test, known as GLAT.”

The government also launched a pilot programme to introduce tablets to preschoolers in public preschools. Eleven preschools on the islands of New Providence, Grand Bahama, Long Island, Andros, Cat Island, and Abaco, participated in the project.

Prime Minister Minnis said that a laptop and LCD projector were given to each teacher, and an Amazon Fire Tablet, to each student.  These devices, he explained, are being used to support the teaching and learning process in preschools, by providing students and teachers with technology that may help to develop and to enhance 21st Century learning skills.

Teachers and teacher’s aides were trained in the use of the technology devices and the Whispercast Management system.  He said that students use selected educational software on the devices for a maximum of thirty minutes three days per week to support the current interactive preschool program.

Infrastructural upgrades have also taken place at most of the preschools, to accommodate the increased demand for Wi-Fi and Internet connectivity. The remaining schools will be upgraded by 2020, through the Smart School Initiative.

“We will launch a pilot program at the Anatol Rodgers High School for the use of tablets in high schools,” he said.  “The pilot will test the efficacy of digital literacy on student achievement at the high school level, and examine student attitudes toward using technology across the curriculum and subject disciplines.”

As of December 2018, the Ministry of Education acquired 12,000 digital devices for distribution in the schools. The Prime Minister said that contracts have been signed with the country’s two major Internet service providers to install high-speed Internet services, in all government-operated schools.

“This high speed service, will enhance teleconferencing and closed-circuit television,” he said. “Teleconferencing, will help us to expand e-learning, and meetings between district superintendents, principals, and others with the Ministry of Education.”

The government also intends to boost distance education to enable schools throughout the country to engage in instruction that may not be available at their school.  This may include instruction from other jurisdictions.

“We are continuing our school modernization program, with expanded and new school facilities that will improve the learning environment as facilities are built renovated and upgraded,” he said.

The Prime Minister said that the government is reviewing, urgent structural repairs, which will be addressed before the start of 2019/2020 school year.

Photo Caption: Prime Minister, the Most Hon. Dr. Hubert Minnis made his second Report to the Nation for 2019 on Monday evening, March 25.