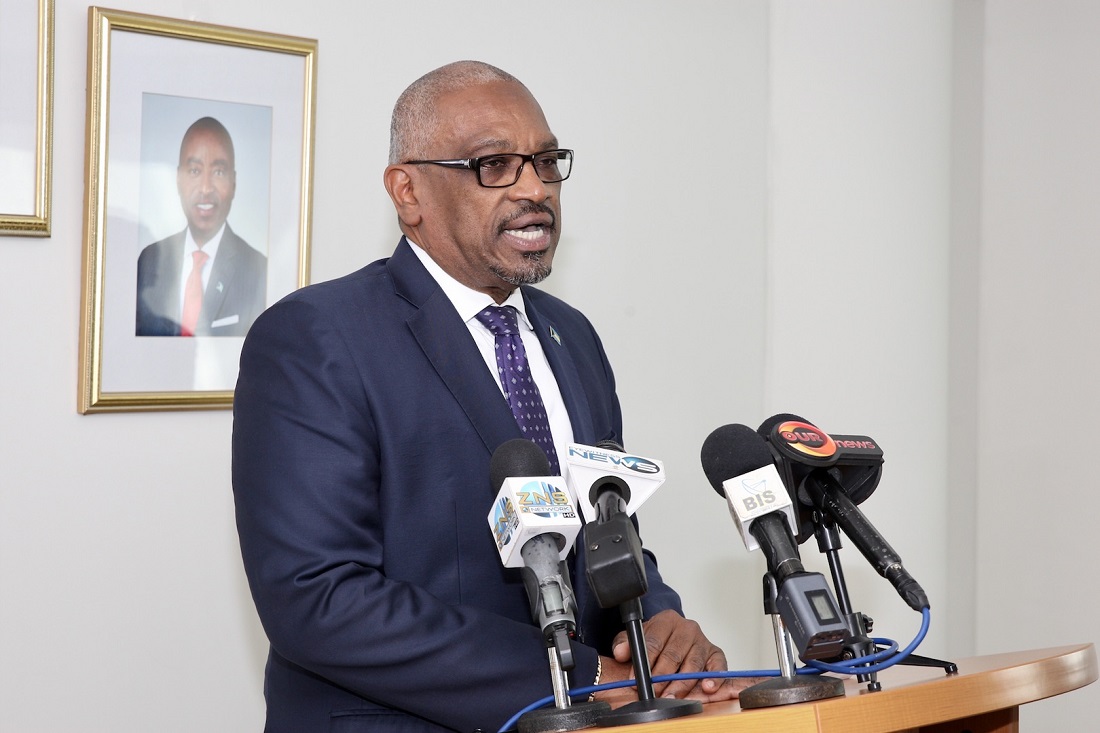 #Nassau, March 25, 2019 – Bahamas – Prime Minister of The Bahamas the Most Hon. Dr. Hubert Minnis discussed upon his return to The Bahamas on March 23, 2019, the multilateral meeting held the day before between Caribbean Heads of State and United States President Donald Trump at Mar-a-Lago, Palm Beach, Florida.

Addressing a press conference held in the Lynden Pindling International Airport VIP Lounge — Prime Minister Minnis said that he discussed security issues with the US President.

The Prime Minister added that they also discussed the problem of illicit drugs passing through The Bahamas, and its adverse effects on the societies of both countries.

On the issue of The Bahamas’s relationship with the People’s Republic of China, Prime Minister Minnis stated that there was “zero” pressure to affect that relationship during the meeting.

Prime Minister Minnis noted that the leaders in attendance discussed such topics as building efforts and resilience when addressing natural disasters, such as hurricanes.  And the impact of the travel advisories on the region.

On the latter, the Prime Minister related that he raised the recent travel advisories issued about The Bahamas and noted that they appeared to be recycled, with a number of buildings and sites mentioned in them not being in existence anymore.  He said that President Trump instructed the relevant agencies to look into the updating.

Prime Minister Minnis addressed the issue of Venezuela by reiterating that The Bahamas holds the OAS’ position on the matter.

Leaders also had the opportunity to meet separately with US National Security Adviser John Bolton.

Photo Caption: Prime Minister, the Most Hon. Dr. Hubert Minnis is pictured updating the media at press conference at LPIA March 23, 2019, upon arrival in Nassau from multilateral meeting with President Trump, March 22, at Mar-a-Lago, Palm Beach.  Acting Prime Minister, the Hon. Renward Wells, seated third left, and officials of Office of the Prime Minister look on.