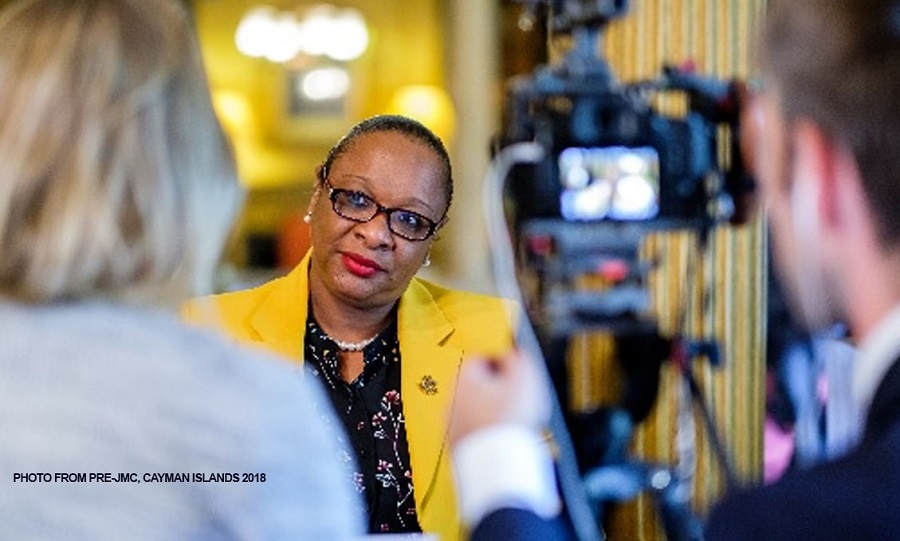 #Providenciales, February 23, 2019 – Turks and Caicos – Official comments on the report coming out of the recent Foreign Affairs Committee round of conversations with overseas territories are harsh and slam the audacity of this UK body for a string of bold suggestions which have set the nations’ teeth on edge.

“…I have spoken to several Overseas Territories Leaders during the course of the morning and we are of one mind:  We cannot and must not allow other’s cultures and values to be forced on us and neither will we accept the unbridled influx of British citizens to be added to our voting population.”

Premier Sharlene Robinson assured residents that the recommendations were simply that, but still informed that the Government is taking the tone and the advisement sent to the British Prime Minister as an ambush on the way of life in the Turks and Caicos.

“Whilst it remains a matter for the UK Government to decide whether it accepts the recommendation or not, I will communicate in writing a clear response to the Committee.  I have reached out to the Leader of the Opposition and advised him of my intention to do same and will invite him to a meeting to discuss joint efforts going forward.”

Cayman27 yesterday broke the news on the contents of the startling report from the UK parliamentary committee which wants territories to legalise same sex marriage, to allow UK citizens the right to vote in the territories’ general elections and to move more speedily on mandatory public register of companies.

All of these notions have been rejected by territories before and Premier Sharlene Robinson, in a statement issued today, communicated that the Turks and Caicos will not sit idly and have such radical reforms forced upon the territory.

“This again shows the mixed message too often given: we are one but in too many of British citizen’s minds, UK is the greater of the one and knows best.  The tone of the report in many respects is unfortunately a message I got loud and clear in my exchange with a member of the Foreign Affairs Committee.”

The exchange of which Premier Robinson speaks, happened on December 4, 2018 when she and Deputy Premier, Sean Astwood appeared on behalf of the Turks and Caicos at hearings held during the Joint Ministerial Council meetings which were set in London.

“If this is the approach to resetting our relationship Post Brexit, then no thank you … we have our own identity, our own aspirations, our own beliefs and values and our own democracy.  We cannot and must not let anyone force their values and culture on us and in numbers.”

The controversial FAC Report was made public on Thursday February 21, 2019.