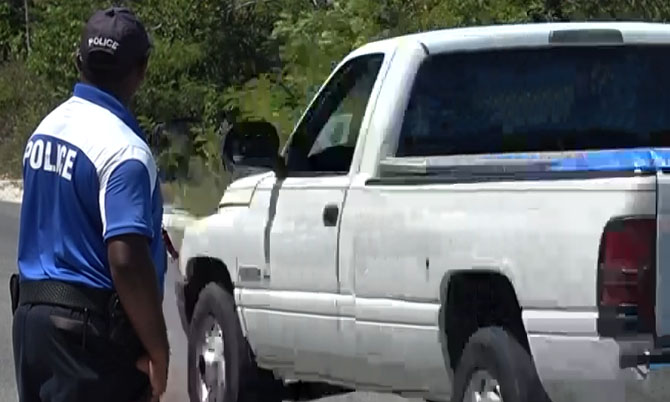 #Providenciales, February 22, 2019 – Turks and Caicos – Residents are concerned that a gunman showed no fear of the proximity of Police when he held up a customer of CIBCFirstCaribbean bank in Grace Bay, yesterday morning.  The bank, located at the Salt Mills Plaza is surrounded by busy foot and vehicle traffic and sits next door to the Police station in the tourism district.

A Police bulletin asked for public assistance in finding the man, described as wearing a long-sleeved blue buttoned-down shirt and dark coloured pants.  The suspect is of slim build and stands at about 5ft 8in tall.  The armed man not only stole an “undisclosed amount of cash” but a gold champagne coloured Nissan Sunny.

The car was found about two hours later, (11:19 a.m.) abandoned in the area of the Market Place in the Bight.

“As the Police continues their investigation into this matter, they are appealing to members of the public who may have been in the vicinity of the Salt Mills Plaza and the Market Place, located in the Bight…” to contact the Chalk Sound police station at 338-5901 or 941-8082 or anonymously at Crime Stoppers, 1-800-8477.

There is an extensive network of CCTV cameras in the Grace Bay area, and Magnetic Media understands that Police are indeed reviewing security surveillance video to assist in finding the culprit.