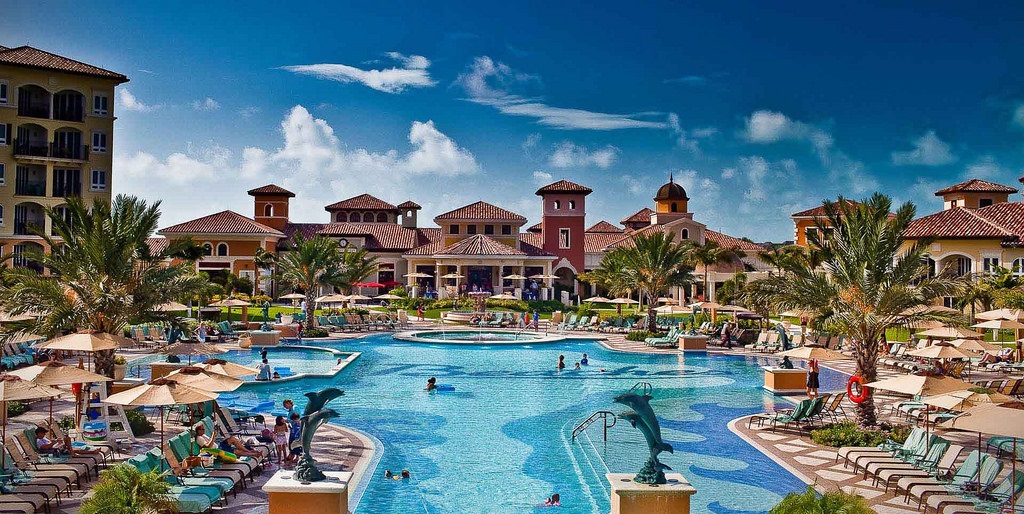 #Providenciales, February 28, 2019 -Turks and Caicos -Having lived and worked in Providenciales for just over five years prior to 2004 as General Manager for Beaches Turks and Caicos Resort and Spa, I find myself in a uniquely qualified position to add some perspective to Sandals Resorts International’s announcement of the Resort’s closure in the near and distant future.

Now don’t get me wrong, I still work for Sandals Resorts as upon leaving Providenciales in 2004, I lead the opening of the then Sandals Whitehouse Resort and Spa (now Sandals South Coast) in Jamaica, followed by a stint as Regional Director for the Eastern Caribbean. I am now back home in Jamaica as Director Corporate Services for the company.

During all this time I have made frequent visits to Provo and have seen firsthand, the continued growth of not only the resort but the island itself.

As I write this I’m sitting in the Managing Director’s office at Beaches looking at a photographic timeline on the wall showcasing the resort’s unrivaled and breathtaking development, so indulge my walk down memory lane. In 1996 there was only the Caribbean Village; the French Village expansion opened in December 1999 adding 157 keys and moving the staff population to 866. The Italian Village came in 2008 (a further 152 keys) and most recent was the acquisition of The Veranda now Key West in 2013 (adding 158 keys) taking the resort to 773 keys and over 2,000 team members; the largest employer on island.

During the 23 years since arrival, the resort’s socio-economic impact stands as a case study which would provide a great research paper for any university student’s Doctoral dissertation. But this is not an academic paper. This is the living, breathing experience of over 2,000 team members who are directly impacted by its economic influx. Beyond them are thousands more within the community – craft vendors, taxi operators, entertainers, tour providers, whose growth is intrinsically connected with the growth of the resort itself, allowing them and their families to benefit from the linkages in the economy. A rising tide after all, lifts all ships.

But these community ties are not new. On this my most recent visit I was picked up by a Beaches driver named Scottie who reminded me of when he worked as a customs officer at the airport in the early 2000s. Back then, we were landing four charter flights on a Saturday and two on a Sunday.

For those of you who can recall the airport was about a quarter of the size it is now and there was only one scheduled American Airlines flight that serviced the destination.  Those additional charter flights and the need to check in and out 300 plus rooms on a Saturday and another 100 plus on a Sunday, with the inherent guest transportation and lost luggage issues became a part of daily life and brought the resort team, the immigration, customs and airport officials all closer together.

Today there are 15 flights a day originating North America and UK tied to the demand for Beaches, but which also benefit other local resorts and businesses; you can see the impact of that everywhere. As I drive around Chalk Sound and Leeward where I lived during my time here, I see more houses and homes being built. I have watched the transformation on Grace Bay with real estate and high-end retail outlets bustling with business; the Millennium highway provides access to housing developments and even Bugaloos Conch Crawl has had a complete makeover.

Many Belongers have benefitted from exposure to the Beaches tourism experience and are now independent entrepreneurs with their own restaurants, bars and service organizations. Many of the taxi drivers and tour providers have been able to expand their fleet and offerings.  The prosperity and improved quality of life on the island fueled by the economic injection of the tourism dollar is everywhere.

Anyone who would deny that the success of Beaches Turks and Caicos and the Turks and Caicos Islands are intimately linked is being disingenuous. We are proud to be the leading corporate citizens in TCI for the past 22 years. Like any relationship the road has not always been smooth but throughout the challenges Sandals has continued to invest in the resort’s infrastructure and the island’s people.  We have directly impacted the social framework through the numerous Sandals Foundation projects positively impacting thousands, and we continue to invest in the development of human capital through the Sandals Corporate University.

There are many more experiences that I could share and I am confident a tally of the pros and cons would lean to the former. Beaches is a successful business. No one enters a business to fail and a successful tourism business means only one thing, success for the people of TCI.

And so from my unique vantage point I wish to assure all stakeholders that Beaches has always been committed to a strong and prosperous tourism sector in the Turks and Caicos Island, and we feel that this is achievable where there is a spirit of partnership, trust and mutual respect.

Another Perspective
by Jeremy Jones