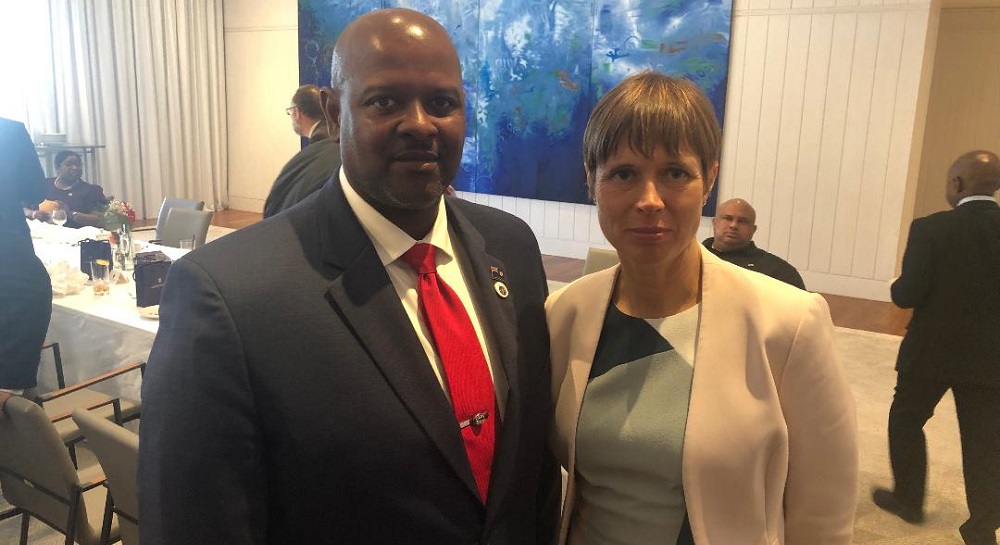 #Basseterre,  February 28, 2019 – St. Kitts and Nevis – Maybe the reported tens of thousands of Turks and Caicos Islanders who live outside of the territory can be added to the voter register to build from a mere 8,000 electors, maybe lines at government offices and banks would be completely eliminated because transactions and applications could be seamlessly entered online; could we imagine an end to traffic stops as police officers could access onboard computers for relevant data or perhaps information and personal security could become totally impenetrable!

These are the possibilities because these are just some of the astounding feats of Estonia, home to just over 1.3 million people in northern Europe.  Estonia is hailed as the most digitally advanced country on the planet and the TCIs Deputy Premier, Sean Astwood was impressed by her message at the 30th Inter-Sessional Meeting of CARICOM.

“Estonia is an example that a country can go from nearly zero to 100 in less than 15 years. They were a client state of the Soviet Union, and they developed a vision and strategy and actually executed it,” the Deputy Premier replied via WhatsApp while on a flight; following the conclusion today of the CARICOM meeting hosted in St. Kitts and Nevis.

The Deputy Premier responded with: “Yes. First, they are the example I just spoke of. Second, there are aspects of Estonia’s success which are best practices for small nations in my view. Third, it’s not a question of just looking at Estonia and trying to copy. But looking at ourselves and deciding what of their success applies to us.”

In a near 28-minute presentation at the CARICOM meeting which ran February 26-27, the President of Estonia made quite an impression on the group when she challenged the region to ‘do it together’ in order to ‘leap frog’ over regional counterparts for a Digital Caribbean.

The DP, who is also minister of Border Control and Employment assured us that this gesture by Estonia is not only amazingly intriguing but amazingly generous.

Magnetic Media asked; “Is this a service they are selling?  Is it cost effective for SIDS or Small Island Developing States?”

“No. There is no selling. Estonia is doing what smart nations do. They use their intelligence and skill to develop from zero to the most wired nations in the world. Sharing this success is part of their foreign policy; they are developing global networks of collaboration. In my view, it’s a new good kind of globalisation.”