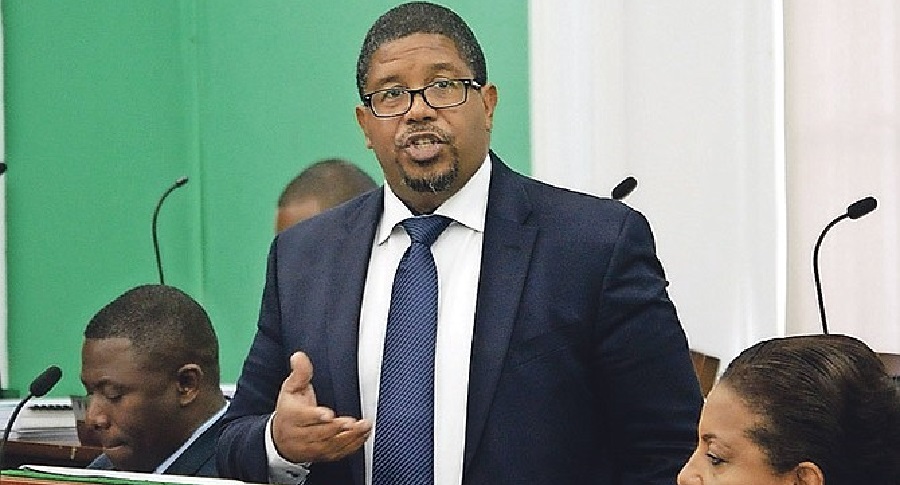 NASSAU, The Bahamas — February 21, 2018 – The Deputy Prime Minister and Minister of Finance the Hon. Peter Turnquest said that present estimates indicate that the Bahamian economy recorded real growth on the order of 1.8 per cent in 2017.

“This renewed buoyancy stemmed primarily from construction activity associated with on-going foreign investment projects, as well as rebuilding work in the wake of the hurricanes,” DPM Turnquest said as he presented fiscal developments during the first half of the 2017/18 fiscal year in the House of Assembly, Wednesday, February 21, 2018.

The DPM said he would present a more detailed and comprehensive mid-year fiscal update to Parliament during his Contribution to the Debate on the Mid-Year Statement and related resolution.

He explained that before this renewed buoyancy, during the four-year period between 2012 and 2016, the Bahamian economy actually shrank in real terms, from $10.7 billion to $10.2 billion.

DPM Turnquest also noted that while the rate of unemployment did rise marginally between May and November of last year, it still stood fully 1.5 percentage points lower than a year earlier.  All of the islands surveyed also posted lower rates of unemployment than had been experienced in November 2016.

The DPM also noted that all of the islands surveyed posted lower rates of unemployment than had been experienced in November 2016.

He said prospects for the economy in 2018 are for yet further strengthening of activity, with real growth estimated at 2.5 percent.

“Conditions in the labour market are consequently also expected to improve.

These developments will be underpinned by the completion of Baha Mar’s phased opening and by various foreign investment-related projects.”

He said there is also expected that growth in both the tourism sector and the national economy will be favourably impacted by stronger projected growth in the U.S., The Bahamas’ major trading partner.

“In its latest forecast, the International Monetary Fund has boosted its forecast for U.S. growth by 0.4 percentage points, to a level of 2.7 per cent.”

He said the increase in investor and consumer confidence in the United States augers well for continued growth in tourist travel to, and investment interest in, the Islands of The Bahamas.