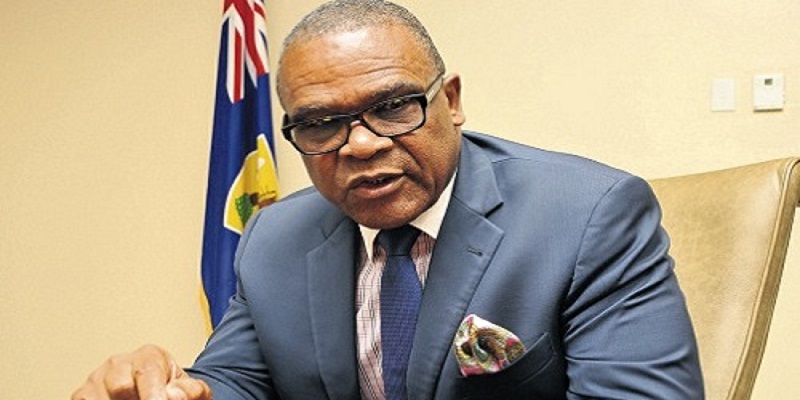 #TurksandCaicos, December 21, 2017 – Providenciales – Quarter one of 2018 will see a national clean-up campaign explained the PDM Administration yesterday as Environmental Health laws will be strictly enforced.   Minister of Health and Human Services Edwin Astwood, a known advocate for cleaner communities responded to PNP criticism about the significant mounds of debris still being seen around the islands in the aftermath of the storms.

Leader of the Opposition Washington Misick said on the matter,   “Go to Five Cays, not only on the main road, pick some of those side roads where some of those structures have been demolished, where people’s personal belongings have been destroyed, beds, furniture, all sorts of stuff and where are they, they are on the side of the road, with a bunch of garbage, and that is true for Grand Turk, for South Caicos and Providenciales.”

Minister Astwood replied, “There is far too many illegal dumping taking place in the Turks and Caicos islands, yes we know after the passage of the hurricanes persons had to get rid of debris, but now we have done cleanups, persons are still putting debris back on the road, we have cleaned up again, persons are still dumping, in Grand Turk we are conducting cleanups now, and as the persons are cleaning up, the next day people are still dumping.  That is not going to happen, to be tolerated in 2018, we’re gonna get this country clean, and I am pleased to say in conjunction with the Ministry of Finance we will be conducting a country wide cleanup in the first few months of 2018.”

Both politicians were speaking at their respective Year One review press conferences, commemorating the first 12-months in office of the PDM Administration.