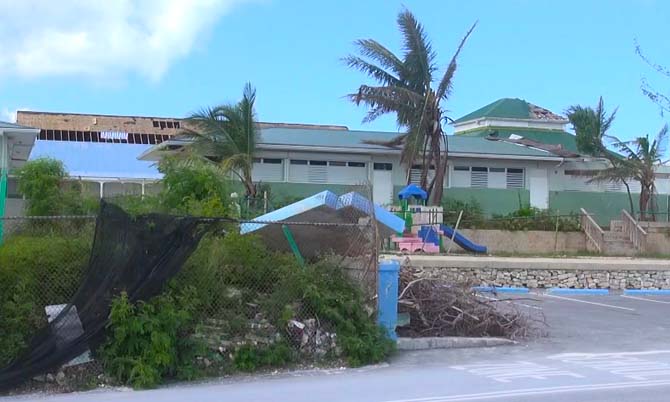 #PROVIDENCIALES, Turks and Caicos Islands- November 14, 2017 – A grim outlook for reconstruction of Government buildings was laid bare to those attending a Government public meeting on Monday.  The Ministers of Finance and Infrastructure, both reported that it will take millions to get critical government buildings and offices restored across the country.

Minister Karen Malcolm said of the 15 public schools, 11 were damaged by Hurricane Irma.  Minister Goldray Ewing said the bill so far for reconstruction at the schools is at $6m.

“It’s gonna take a pretty penny to get back to where we were,” said Minister Ewing whose office is tasked with overseeing the massive construction job.

Both Ministers were among those presenting updates in the aftermath of the September storms to a scant audience at the Graceway Sports Center.

The public meeting was in keeping with the PDM Administration’s promise to hold quarterly town meetings across the islands, Providenciales was the final stop during this series.