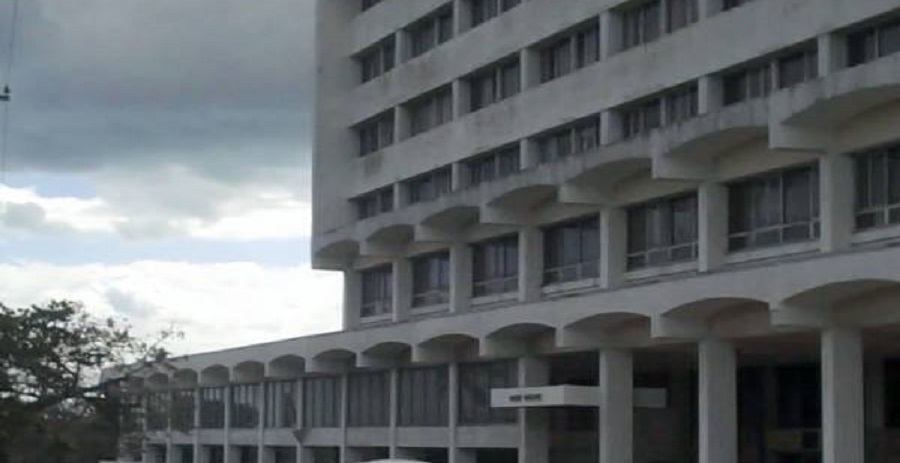 #Bahamas, November 14, 2017 – Nassau – Demonstrations will not stop say about 100 employees of the Post Office, they are demanding a healthier work environment as they continue to share the old site on East Hill Street with rodents under a leaking roof.   Kingsley Ferguson, Bahamas Public Services Union president promised that demonstrations will happen every day and will even make their way to Parliament if that becomes necessary; Ferguson said someone needs to pay attention to the workers’ plight.

Not only are the workers sharing the Post Office with rats and the ceilings are leaky, but there is reportedly mold and as a result, some staff have been attending doctor for respiratory problems.   Government, said Ferguson to media, has shortened shifts and made promises to relocate the employees to the former Phil’s Food Services on Gladstone Road, but the conditions are just too deplorable and the staff cannot work any longer in what he labeled, a toxic environment.

While there is work ongoing explained the BPSU president to get the workers to a better, more safe site… the question looms about what is supposed to happen in the interim.    From the union’s side, they will continue to be on the sidewalk, they will continue their industrial action and will take it down town until the relevant authorities do something to fix the situation.

Meanwhile this industrial stance is hurting business.   One man reported to the Tribune, “We’re having a bit of a challenge with our receivables, and I can’t believe not one word is being said about the Post Office.    I think it’s a huge detriment to the economic mechanisms of this country.