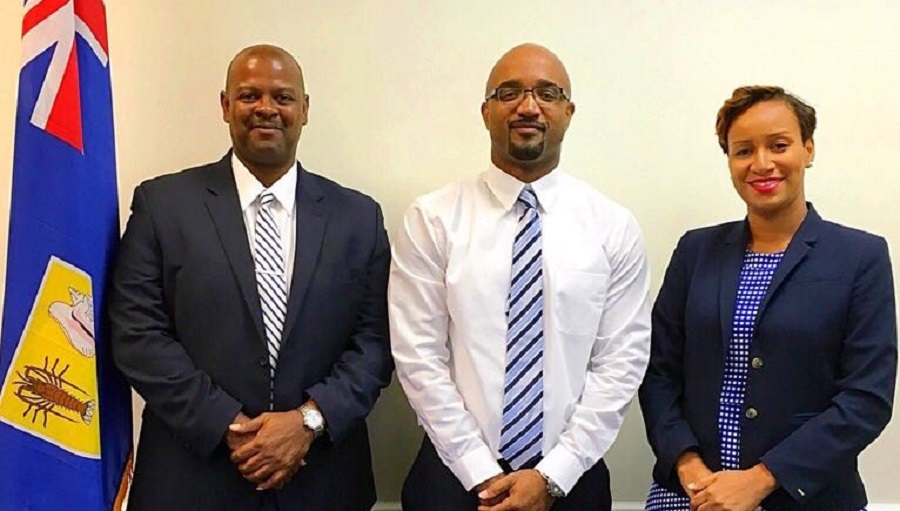 #TurksandCaicos, November 16, 2017 – Providenciales – Government will put a hold on hiring but recent media releases show a new team of hires by the Deputy Governor’s Office, which heads up the Civil Service.   Among the new recruits, Edwin Taylor, who was yesterday named as the new Labour Commissioner.

Taylor was welcomed by the DG, Anya Williams who also said, “As a part of our efforts to continue to improve service delivery across government, key focus was placed on the restructuring of the Ministry of Border Control, in particular the Employment Services and Immigration Departments which led to both Director positions being restructured and re-advertised to fall in line with the new proposed mandate of the department…. we are confident that Mr. Taylor’s professional background and experience will be an asset…”

Minister of Border Control and Employment, Sean Astwood also had something to say about Taylor as he commended the stewardship of Deputy Commissioner, Alpheus Smith.

“This is a very demanding position, but with Mr. Taylor’s enthusiasm and wealth of experience, I am certain that he will be successful.”

Taylor who has worked as human resource manager at both FortisTCI and the TCI Hospitals talked about streamlining systems and improving relations with and for the public, “Initially, I plan to focus on ensuring that timelines for processes are being met and that communication lines are always open to provide clients with updates to the service they are accessing through the Employment Services Department.   We also plan to focus on ensuring that companies are following the proper procedures and protocols with regards to employee relations.  I would also endeavour to educate everyone living in the TCI on their rights and understand the role we play to ensure that those rights are not being violated.”