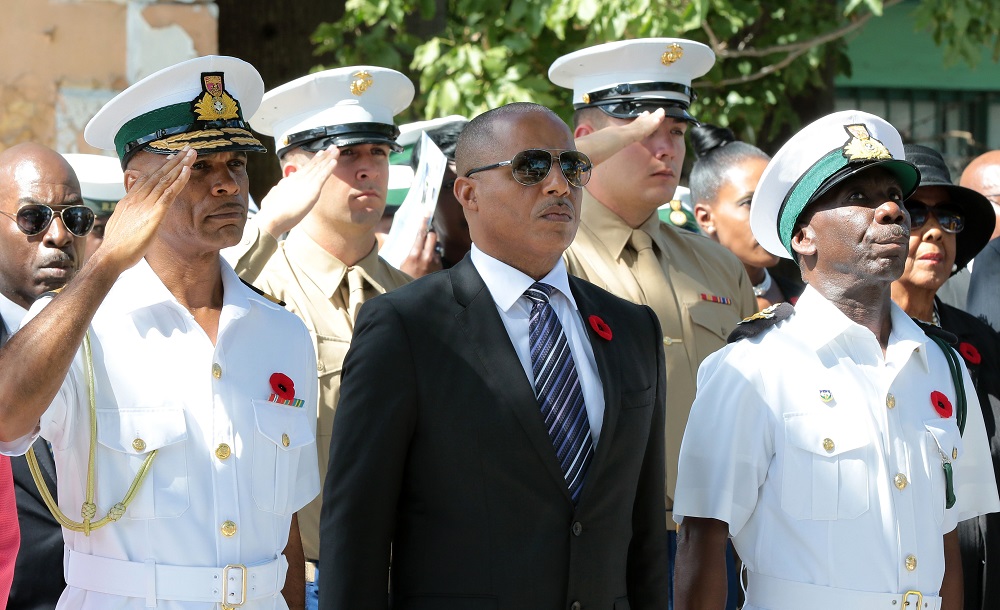 #Bahamas, November 13, 2017 – Nassau – Minister of National Security the Hon. Marvin Dames said, on November 10, 2017, that when World War II began in 1939 and ordinary Bahamians voluntarily enlisted to fight, those “brave Bahamian men and women” displayed extraordinary heroism in their call to service for the protection and freedom of the entire world. 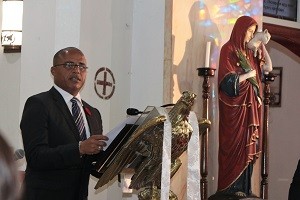 Minister Dames said that it was, indeed, heartwarming to see some of “our heroes here with us today along with family members of those heroes who have departed this life and have gone on to reap their eternal rewards”.

“We pay homage to all of you, realising the noble cost of such human dedication,” he said.

Minister Dames noted that the solemn remembrance also gave him pause to reflect on the men and women in law enforcement, whom he was so proud to represent. These brave individuals continue to risk their lives on a daily basis in service to country.

“On behalf of a grateful nation I salute you,” he stated.

“I thank the Chairman, Comrade Cephas Ferguson, his executive committee and the volunteers who continue to uphold integrity and honour in the work that they do, particularly in taking care of those members of the British Legion who are still among us, and for preserving the experiences and legacies for generations to come,” Minister Dames said.

Header: Minister of National Security the Hon. Marvin Dames (centre) looks on, on November 10, 2017, during the Remembrance Day Thanksgiving Service, held at St. Agnes Anglican Parish, Baillou Hill Road. Also pictured next to him are Commander of the Royal Bahamas Defence Force Commodore Tellis Bethel (left) and RBDF Chaplin Rev. Prince Bodie. In the background are members of the US Marine Corps.   (BIS Photo/Derek W. Smith)