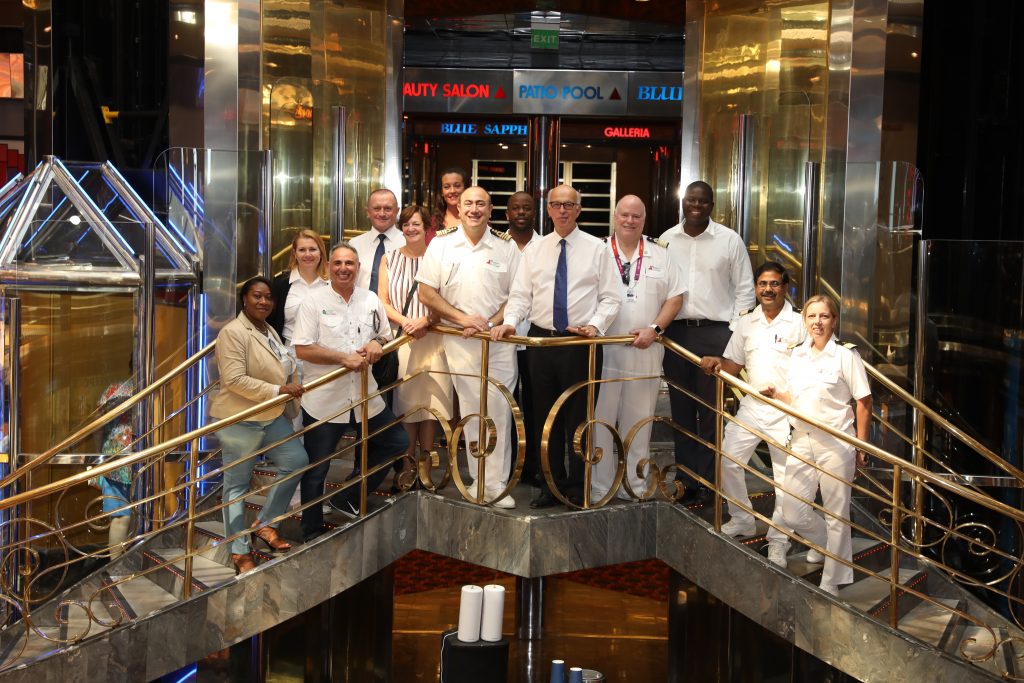 #GRANDTURK, Turks and Caicos Islands – November 3, 2017 – Five cruise ships are scheduled to dock at the Grand Turk Cruise Center next week and on November 1, as announced by Tourism Officials, the site welcomed back its first ship since the September hurricanes.

Carnival Ecstasy, stopping in on Wednesday on a seven day voyage from Charleston spent eight hours in the Capital and welcomed aboard the Governor and Tourist Board officials. 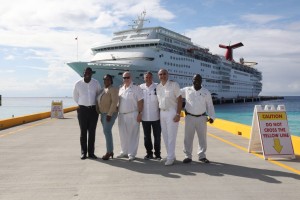 Carnival said on its blog that, “The festivities included a shipboard reception with the Carnival Ecstasy’s officers, executives from Carnival Corporation and port and TCI government officials. During the Carnival Ecstasy’s day-long stop in Grand Turk, guests enjoyed the port’s wide range of amenities, including unique shopping and dining experiences and an on-site pool, as well as a variety of shore excursion experiences.”

Some of the those experiences included zip lining at the Lighthouse.

Minister of Infrastructure Goldray Ewing explained that government and Carnival were pulling out all of the stops when it came to ensuring the island was cleaned up from debris and ready to receive this first cruise ship guests, a significant sign of a return to life as usual for the country’s Capital. 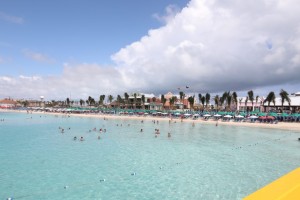 A photo shared with Magnetic Media by Tourism Minister, Ralph Higgs showed guests lounging on the beach and other photos featured the crew and captain enjoying the docking, and making a presentation to Governor, Dr. John Freeman. 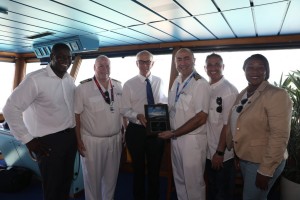