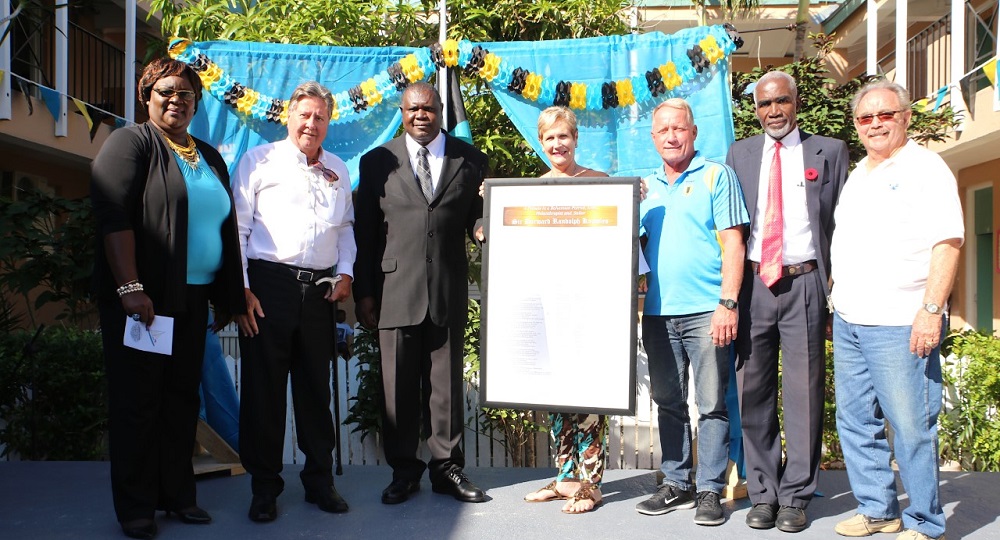 #Bahamas, November 2, 2017 – Grand Bahama – In celebration of his 100th birthday tomorrow, special tribute was given to Olympian Sir Durwood Knowles on Wednesday, November 1, 2017, during an assembly at Walter Parker Primary School.

In attendance for the special occasion were Sir Durwood’s daughter, Charlotte and nephew, Andy Knowles, members of the One Bahamas Executive Committee, Ministry of Education, former educators and principals and members of the Walter Parker Primary school board.   The students entertained their special guests with a skit telling the story of Sir Durwood’s life, a dance by the Walter Parker Tappers and a song by the boys’ choir.

Thanking the students for their tributes, Ms. Knowles said that her father will be publishing a book, “Never Give Up”, something she said, he never did. She told them of his struggle of getting started in sailing and having a few people believe in him.   Vice-Principal, Rodney Bethel, made a presentation to Charlotte and Andy Knowles for Sir Durwood which was a written tribute.