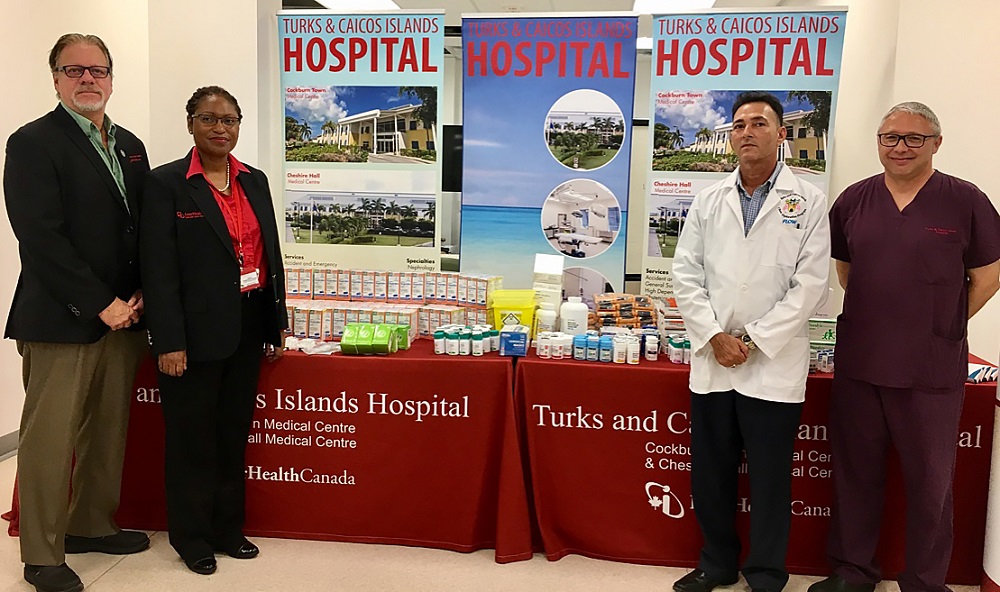 #TurksandCaicos, October 19, 2017 – Providenciales – It was an ultimate expression of the popular philosophy ‘pay it forward’, where someone does good to you, so you do a good to another.    A $30,000 donation to the TCI Hospitals of pharmaceuticals from #DirectRelief, a US based charity meant not only supplies for the two facilities but for government clinics as well.

Earlier this week, TCI Hospitals paid it forward by giving a portion of the donated meds to the Primary Health Care Department of the TCI Ministry of Health.   The Hospitals also shared a World Health Organization donation which came via the UK Military and during the handover, it was explained that these gifts in the aftermath of killer hurricanes Irma and Maria will save both medical care services money.  The items donated will now not have to be purchased and this means no bill for the specific supplies to the National Health Insurance Board, a savings to public purse.  Dr. David Bernado accepted on behalf of Public Health.

The TCI Hospitals explained that the pharmaceuticals came from a list they turned over to Direct Relief, which reached out to the Turks and Caicos after the hurricanes.   Direct Relief is dedicated to serving the poor and victims of natural disasters and civil strife in the United States and throughout the world.