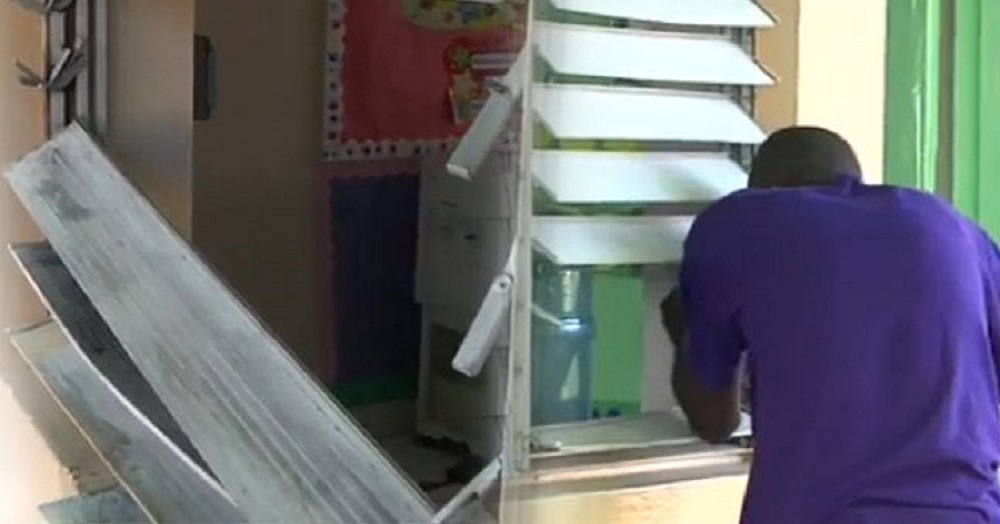 #Bahamas, October 19, 2017 – Nassau – Our children being killed in unacceptable rashes of violence … our children are being hunted for some of the most cold-blooded murders in the country and early this morning, Police confirm that our children are being arrested for breaking and entering in a case which grabbed national headlines due to its outrageous nature.

Police say two juveniles were arrested on Wednesday evening and found still in their possession were some of the stolen goods from a brazen theft at Claridge Road Primary School.   Early Monday morning, when they likely should have been getting to school themselves, the two children broke into the primary school and ransacked classrooms and stole computers and microwaves.

Education Minister, Jeffrey Lloyd was put on the hot seat about the type of security the school had – it seemed the culprits cased #ClaridgeRoadPrimary, because at the time of the break in, there was no guards on duty.   It was less clear in the Minister’s responses to media if there is video surveillance which would greatly assist the Police investigation.

What is more clear from Minister Lloyd is that schools are supposed to be a place of safety, the culprits violated that and went into about a dozen classrooms on the prowl for what was not theirs.   The Minister, who was talking to media on Monday said of the culprits, that the school was “targeted by marauders and miscreants who are obviously hell-bent on continuing to create chaos and assault the peace of our loving society.”