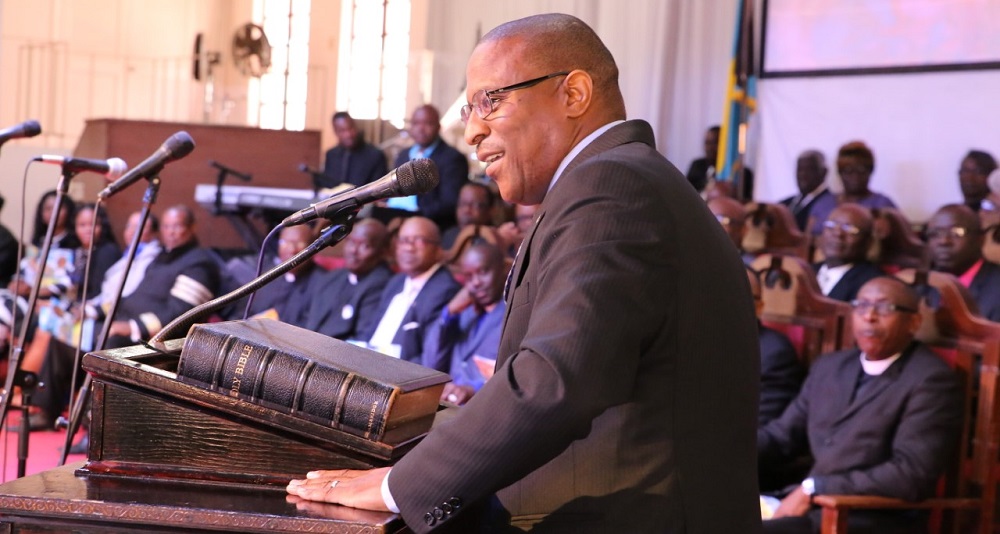 #Bahamas, October 2, 2017 – Grand Bahama – This year’s Junkanoo parade in Grand Bahama will be named in honour of Ken ‘Motorboat’ Ferguson.  The announcement came from Minister of Youth, Sports and Culture, Hon. Michael Pintard, while giving remarks at “Motorboat’s” funeral service on Saturday, September 30, 2017, which was held at Community At Heart Tabernacle (Church of God of Prophecy).

Ferguson was considered an “icon” of Junkanoo and Bahamian culture in Grand Bahama, having led the Classic Dancers Junkanoo group for over 10 years.

“Whenever someone has made that kind of contribution to his country, there ought to be something significant done to show appreciation,” said Pintard, who extended condolences on behalf of the Prime Minister, Dr. the Hon. Hubert Minnis and on behalf of the Minister of Transport, the Hon. Frankie Campbell. 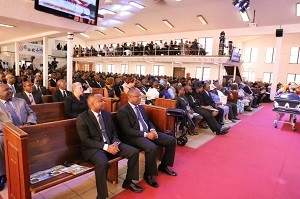 “After speaking with all of the Junkanoo leaders both here in Grand Bahama and those from Nassau, we all agreed that some signature event in Grand Bahama should be held and named in honour of Ken ‘Motorboat’ Ferguson. Whatever name we call it – Just Rush or Feel the Rush – ‘Motorboat’ should be the patron of that event.

“It is common that when someone has touched so many lives and has made significant contributions to the development of a country, the usual thing to do is to memorialize them by keeping their memory and their name alive, as a means of honouring the sacrifices that they have made. So, we must do that for Ken Ferguson.”

Minister Pintard noted that the words in Mr. Ferguson’s obituary did not completely give the full story of just how much the Junkanoo enthusiast had impacted the Bahamian culture.   He pointed out that ‘Motorboat’ had a positive impact in Grand Bahama in the areas of culture, as well as sports.

“Certainly, all of us would agree that he has played a major role in grooming thousands of young lives, directly or indirectly,” Pintard added.   “So my Ministry has special gratitude for the contributions and the role which ‘Motorboat’ has played.

“We are honoured by the sacrifice that he has made to Junkanoo here in Grand Bahama and we cannot forget it.”

Minister Pintard also commended the spiritual contributions Mr. Ferguson made, having served his church faithfully for many years.

Photo captions:  GIVING REMARKS – Minister of Youth, Sports and Culture, the Hon. Michael Pintard was among those paying respects to the late Ken ‘Motorboat’ Ferguson, during funeral services on Saturday, September 30, 2017 at Community at Heart Tabernacle (Church of God of Prophecy) in Freeport, Grand Bahama.  (BIS Photo)

PAYING RESPECTS – Minister of State for Grand Bahama, Senator the Hon. Kwasi Thompson and Minister of Youth, Sports and Culture, the Hon. Michael Pintard sit in the front row of Community at Heart Tabernacle during funeral services on Saturday for Ken ‘Motorboat’ Ferguson, a Junkanoo Icon. Also in attendance was former Minister of Transport & Aviation, Glenys Hanna-Martin.  (BIS Photo)