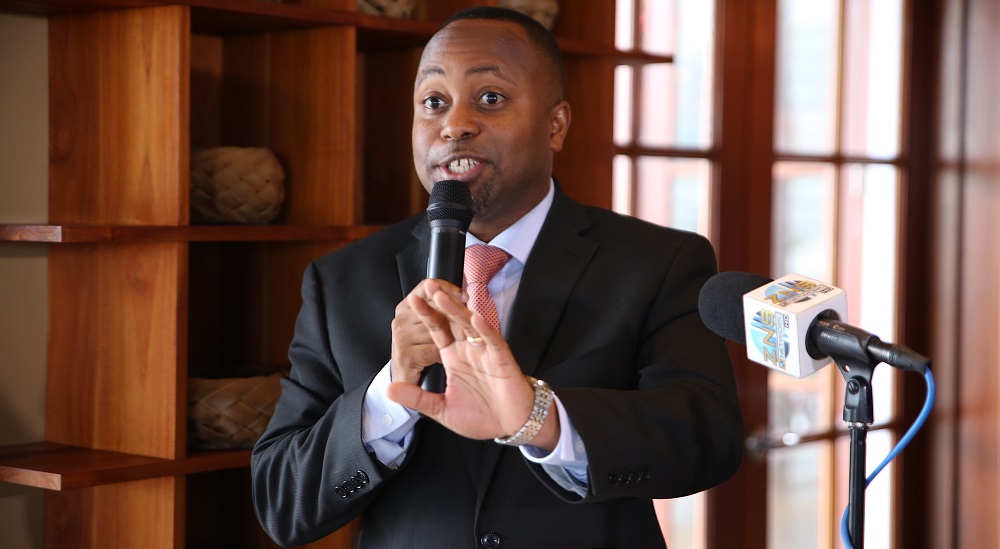 #Bahamas, October 19, 2017 – Grand Bahama – Grand Bahama is open for Business said State Minister for the island, Senator Kwasi Thompson to diplomats who had a one day excursion to the nation’s second economic hub on Wednesday, and land is cheap.   The visit was a part of the Bahamas Ministry of Foreign Affairs hosted event: 4thAnnual Bahamas Diplomatic Week Conclave.

A business breakfast at the Pelican Bay Resort in Lucaya is where the Senator rolled out opportunities in Grand Bahama to the diplomats stationed in The Bahamas and the pitch included that the island is not just for vacationing.

“We are creating the one stop shop for Freeport and clarifying incentives under the #HawksbillCreekAgreement, and legislation will be tabled (in the House of Assembly).   We believe that #GrandBahama should evolve from the industrial centre to a centre for industry and innovation.  The technology industry is the natural evolution from industry.”

Minister Thompson explained that Grand Bahama has the infrastructure, the proximity to the US and two world-leading facilities in the Grand Bahama Shipyard and the Freeport Container Port.   Duty Free exemptions through the Hawksbill Creek Agreement and a coming Grand Bahama Tech Summit in November will set the island up as the silicon valley of The Bahamas.