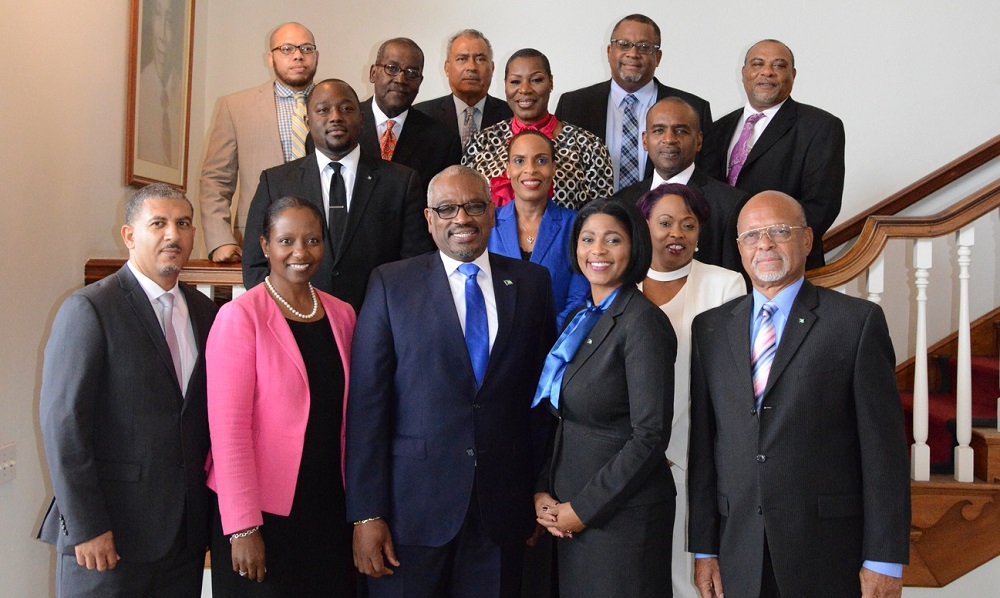 #Bahamas, October 19, 2017 – Nassau – Executives of the Broadcasting Corporation of The Bahamas (BCB) and members of the Board of Directors paid a courtesy call on Prime Minister Dr. the Hon. Hubert Minnis, Wednesday afternoon, October 18, 2017 as part of their slate of events celebrating the 40th Anniversary of ZNS Television during this week.

With the theme, ‘Celebrating 40 Years of Uniting The Bahamas,’ the commemorative week began with a church service at Evangelistic Temple on Sunday, and features activities at headquarters in Nassau, and at the Northern Service.  Well-known ZNS personalities have been guest anchors of the major newscasts as part of the festivities.