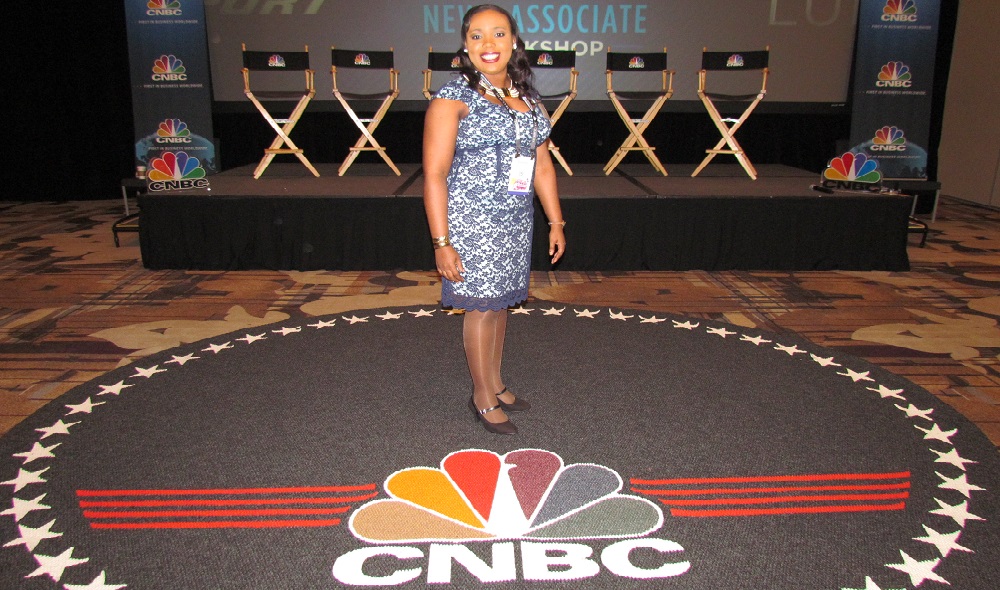 #Bahamas, October 11, 2017 – Nassau – The Bahamas Press Club 2014 is proud that its member, Deandre Williamson was selected from among hundreds of applicants to participate in the CNBC Business News Associate Workshop and NBCUniversity at the Excellence in Journalism Convention held recently in Anaheim, California.

The Press Club congratulates Williamson, in keeping with its mission, which is to foster a culture of excellence and integrity in the profession of Journalism and Mass Communications.   The convention was held September 7–9, 2017 and hosted by the Society of Professional Journalists, the Radio Television Digital News Association, and the National Association of Hispanic Journalists.

Williamson was among the few journalists who participated in the CNBC Business News Associate Workshop, designed to educate journalists about the fundamentals of world-class business journalism and demonstrate the underlying strategies that define and differentiate CNBC in the marketplace.

“The selection process for the CNBC workshop was highly competitive, but I’m excited to have been chosen,” Williamson said.

Unfortunately, the convention occurred during the passage of Hurricane Irma in The Bahamas and Williamson was unable to assist her JCN news team with its coverage.

“I was a bit disappointed that I was unable to help my colleagues at home with Irma’s coverage, but Irma became the topic of many discussions during the conference,” Williamson said.

“Since hurricanes have many business news angles, I was able to pitch several story ideas for business news coverage on Hurricane Irma during the CNBC workshop.   I had to present the story ideas and explain how the stories would be covered for CNBC, which was a part of the business news simulation exercise.”

“NBCUniversity this year was awesome as expected.   You have to complete your script homework assignment before attending NBCUniversity,” Williamson explained.

“I saw the improvements in my broadcast script when compared to the one presented during the session in 2015.    Actually, my script was the best presented in my group.   The NBC news director, who did the critiques for my group this year, gave me thumbs up.”

This year, NBCUniversity focused on the Fourth Estate and delved into the role of journalism in the society’s emerging political and social landscape and the give and take between government and media.