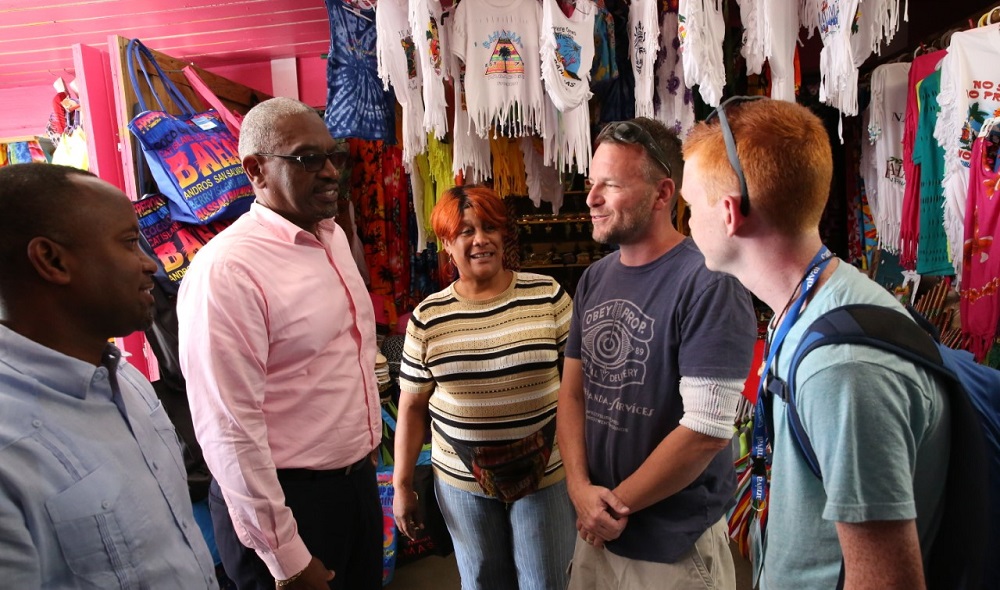 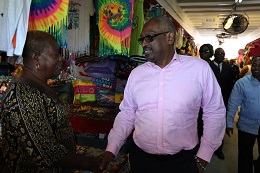 #Bahamas, October 30, 2017 – Grand Bahama – Prime Minister Dr. the Hon. Hubert Minnis was welcomed with opened arms, tears of joy and tears of pain, hugs and with excitement into the Port Lucaya Marketplace by straw vendors, craft vendors and business owners within the famous marketplace.

“I am so happy to see you, because this is the first time that a Prime Minister has taken the time to come through here and see us,” one female straw vendor told the Prime Minister, as he hugged her and offered her words of encouragement.

On Friday, October 27, 2017, Prime Minister Minnis, accompanied by Minister of State for Grand Bahama, Senator Kwasi Thompson, took a few hours to tour most of the stores and business places in Port Lucaya Marketplace, speaking with vendors and business owners and listening to their concerns. 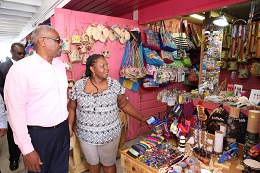 It was obvious that many of the vendors and business owners were delightfully surprised to see the Prime Minister walking through the Marketplace, going from one stall to the next to chat with vendors.   For them, it was both an historic and touching moment.  Many hurried to grab their cellphones to take a photo with the country’s leader.

The Prime Minister noted that what was most significant during his chats with a number of the vendors in the Marketplace was that while many of them were upfront about their economic and financial plights, all of them agreed on one thing – that the reopening of the hotel (Our Lucaya) would make a great impact and turn things around for them.

Prime Minister Minnis said that was one of the reasons why his government made the decision to make an offer to purchase the hotel.

Header photo: Even visitors wanted to meet Prime Minister of The Bahamas Dr. Hubert Minnis during his walk through the Port Lucaya marketplace.

1st insert: Prime Minister of The Bahamas, Dr. the Hon. Hubert Minnis shakes hands with one of the vendors in the straw market, during his walk through Port Lucaya Marketplace on Friday, October 27, 2017.

2nd insert: A vendor gives Prime Minister Minnis a rundown on some of the items she sells in her stall at the Straw Market in Port Lucaya Marketplace, during a tour through the Market, along with Minister of State for Grand Bahama, Senator Kwasi Thompson, on Friday.