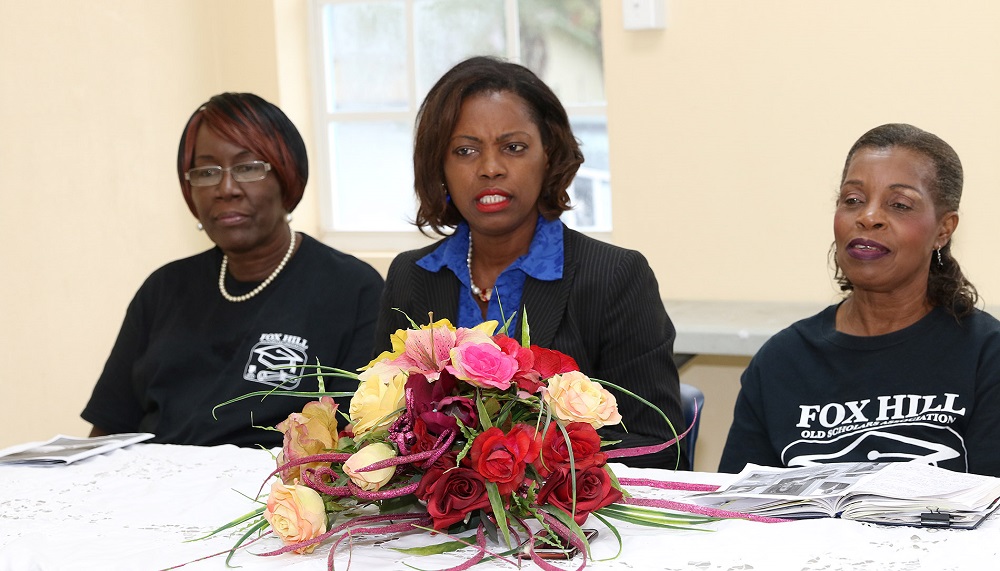 There will be a church service to commemorate selected “quiet heroes” from Fox Hill who contributed greatly to different aspects of society.

This service will be followed by a trek to St. Anne’s Anglican Church Cemetery to lay a wreath to honor fallen heroes, Mrs. Ena Morrison-Bailey, former teacher at Sandilands Primary School, and her husband Nathaniel Bailey.   There will be refreshments after the “march” as the general public is invited to attend and celebrate.

Shonel Ferguson highlighted the many special aspects of Fox Hill’s rich heritage and massive contribution both nationally and internationally.   She remarked, “Communities are able to survive through so many hard-working and decent people.   These are the community builders and we (Fox Hillians) know how to say, thank you.”   She added that Fox Hill has been central in national recognition holidays like Emancipation Day, Fox Hill Day and, now, National Heroes Day; and that, like communities such as Gambier and Adelaide, many residents of Fox Hill can directly trace their ancestry back to slavery.

The President of the Old Fox Hill Scholars Association also stressed, “Fox Hill is still together. We are still one,” despite the negative media attention that Fox Hill has been receiving.