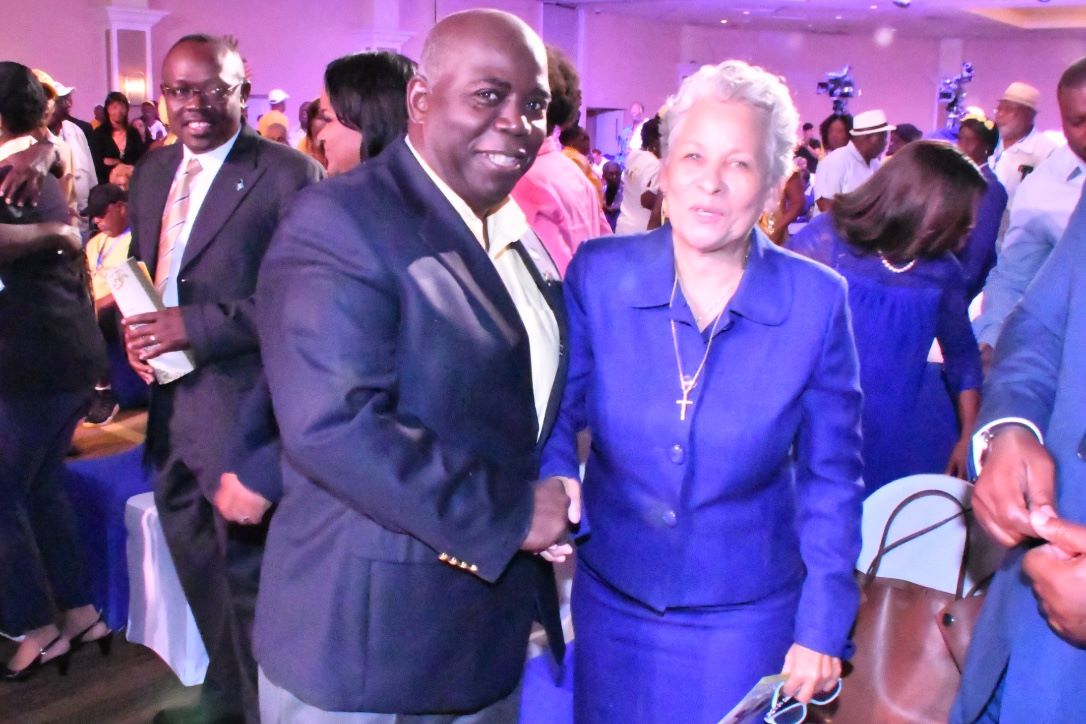 Nassau, Bahamas – October 31, 2017 –  Glenys Hanna-Martin is speaking to media following her loss in her leadership bid for the Progressive Liberal Party and she is saying that the fact that she is a woman may have played a role in her defeat, but the MP for Englerston is convinced that it was not a major reason for the loss.

Hanna-Martin, in the unofficial results published on the day after the vote at the PLPs 53rd National Convention managed to secure only 20% of the vote from some 1,600 delegates reported to be a part of the convention.

The MP for Englerston said her big take away is the desperate need for reform and she pointed specifically to the democratic process within the party which suffered a botched voting process; riddled with scandalous accusations, delay in starting, delaying in ending, delay in hearing the ultimate selections by the party voters and even had Royal Bahamas Police guard.

Glenys Hanna-Martin said:  “One is we need reform on money, how money plays out in these electoral processes and secondly we have to find a way to facilitate, especially for important votes like the next leader of your party, first time in 20 years that we’ve done this, to facilitate stalwarts who are able to participate even if they are not physically present at the convention hall, if only for pivotal votes of this nature.”

In the interim, Hanna-Martin explained that she is prepared to work shoulder to shoulder with the newly elected leader, Philip Davis who also spoke of reform during his victory speech in the final hours of the PLP Convention.

Hanna-Martin has also resigned as Government Leader of Business in the House of Assembly.  Hon Hanna-Martin shared with media it is in accordance with tradition; that as she opposed the party leader and lost it is conventional for one to withdraw from certain posts, hence her decision to vacate the Leader role in the House.  Picewell Forbes, the MP for Mangrove Cay and South Andros now holds the post.