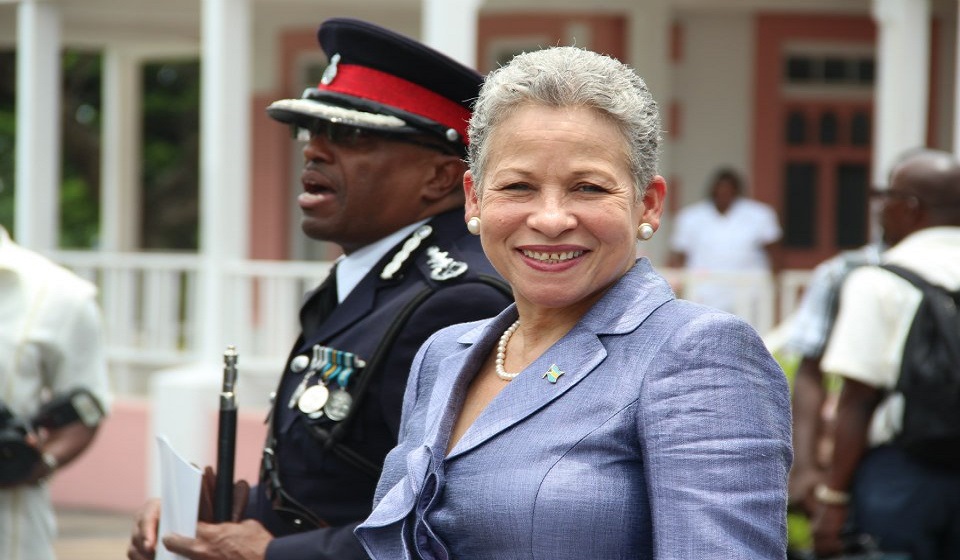 #Bahamas, August 30, 2017 – Nassau – If she wins, Glenys Hanna Martin would be the first female elected party leader in the country and the first for the Progressive Liberal Party which has a strong heritage of raising up indomitable women.    Hanna-Martin about 24 hours ago in a spirited press conference held in the Englerston constituency announced that she will indeed challenge current interim leader, Philip Brave Davis and any others for leadership of the PLP.    Hanna Martin is the four-time Member of Parliament for Englerston in Nassau, which is one of the four constituencies which was retained by the PLP in the May  2017 General Elections.

Hanna-Martin is already an historical figure within her party, having served as the first woman National Chairman.    In her announcement, the mother and grandmother spoke of the distinctions of The Bahamas and Bahamians and reflected on the iconic political movements she witnessed in a front row seat; she said it is time for The Bahamas to move from this place of challenge to a place of harmony.

Hanna-Martin set her sights on becoming a change agent for the education system, saying a #PLP under her watch would invest more concretely in the human capital of The Bahamas.

Throwing their support behind Hanna-Martin were former ministers and women politicians, Melanie Griffin and Hope Strachan, who agree that Glenys is more than the next leader of the PLP, but the next Prime Minister of The Bahamas.

Other areas focused on by #GlenysHannaMartin were health, transformation of inner city communities, substandard housing and scarcity of food.  Hanna-Martin said she also plans to modernize the PLP, making Bahamian people the subject and not the object.  Over 10,000 people watched the announcement on Facebook.