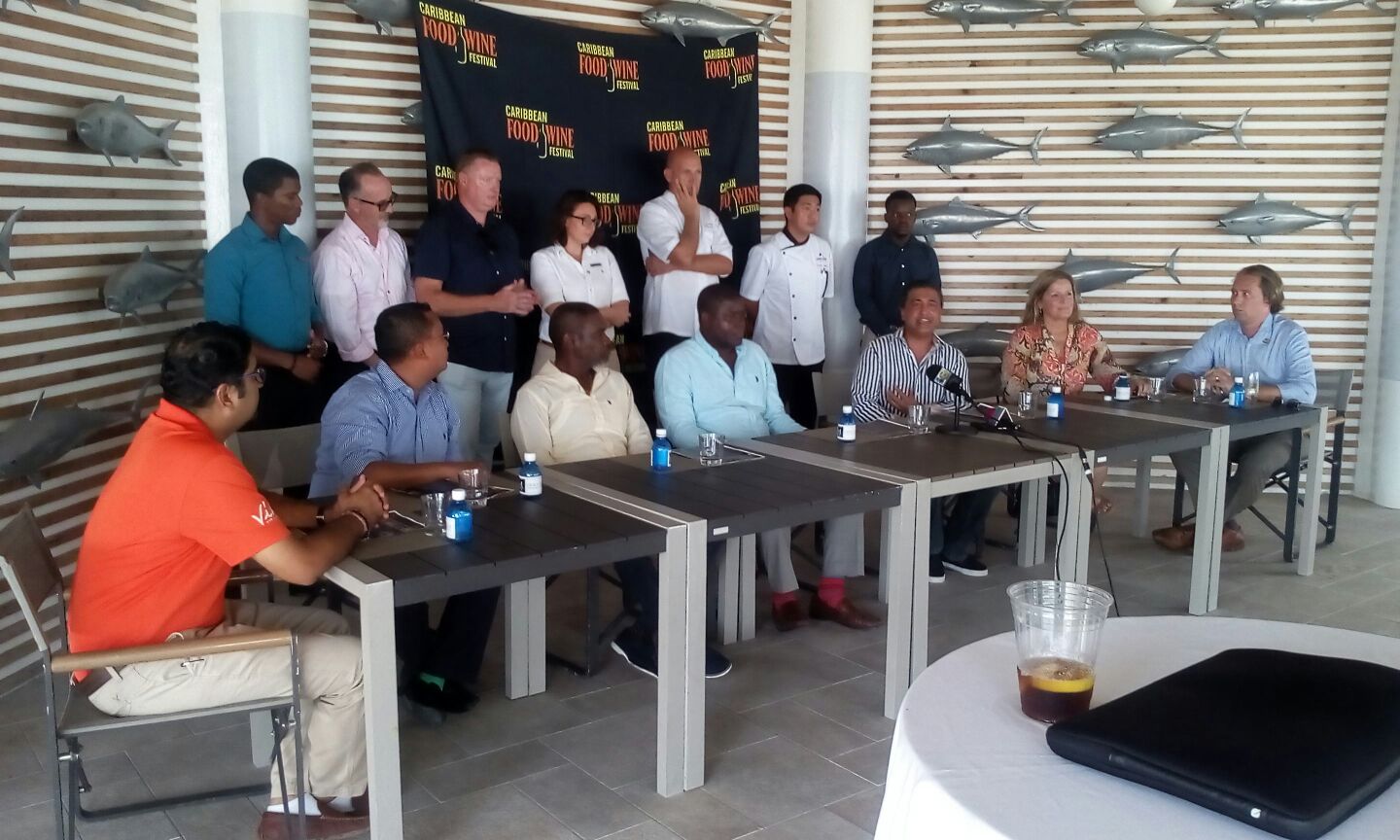 #PROVIDENCIALES, Turks and Caicos – October 31, 2017 – It is being hailed as a true partnership giving the world the evidence it needs to see that the Turks and Caicos is indeed open for business; the 2017 Caribbean Food and Wine Festival organizers were praised for making the weekend happen by the TCI Tourist Board’s Director Ramon Andrews.

“But this is what true partnership looks like, Tony and Nikheel coming together to pull this event off.  I gave these guys a call and asked, are we on, are we on, are we on 0 they said ‘yes’ we are going to make sure this happens because this shows that we are open for business.”

Andrews joined the team for the announcement of the grand event, which is usually sold out and which features local talent, nurtures local talent but also welcomes some of the islands’ premier partners in wines and celebrity and celebrated chefs from all corners of the globe.  Nikheel Advani of the Grace Bay Club is co-Chairman and talked about the culinary guests.

“This year we are going to have a bit of an Asian influence.  Victor Yu coming out of the UK with a lot of Far East cuisine, a tad bit Chinese and you will be really excited because this restaurant is very well recognized in the UK.  Also we have Meherwan Irani coming from Asheville, North Carolina where it is sort of a new foodie capital and so he specialises in Indian street food but he also has one of the   famous partnerships for a BBQ restaurant in the Ashville area.  Also a superstar, from the Food Network is Melissa D’Arabian.  Melissa has been to the Turks and Caicos, she’s tried the cuisine, she’s been excited so when we called her it was really great of that caliber and talented excited about being with us.  So not only is she good in the kitchen, but you guys (media) will have a lot of fun with her.”

The Caribbean Food and Wine Festival is also co sponsored by The Wine Cellar and unravels with four events over three days November 2-4.