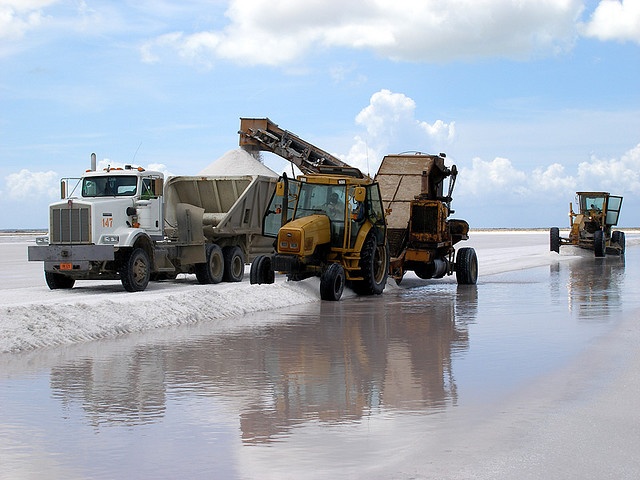 Inagua, Bahamas – October 31, 2017 –  The Bahamas Industrial Manufacturers and Allied Workers Union says by the end of November, they expect it to be back to work as usual for its members who are employed at Morton Salt in Inagua.

Morton is the largest employer on the island, with 145 staff who had been working lesser days due to the damages brought on by the catastrophic Hurricane Irma which slammed the south eastern island on September 7.

Morton Salt issued a statement to update as well, saying limited operations are resumed now as the company tries to rebound from the damages to the operation owned by German, K&S Group.

Paul Jackiewicz, is not giving an exact time for resumption of full service of the salt producing company, and explains, “At this time, we cannot provide a precise date as to when the site will return to full capacity because of the unique logistical challenges and other variables. Our team, as well as engineering consultants, have had a consistent presence at the site throughout the process to ensure a safe and timely return to full operations.”