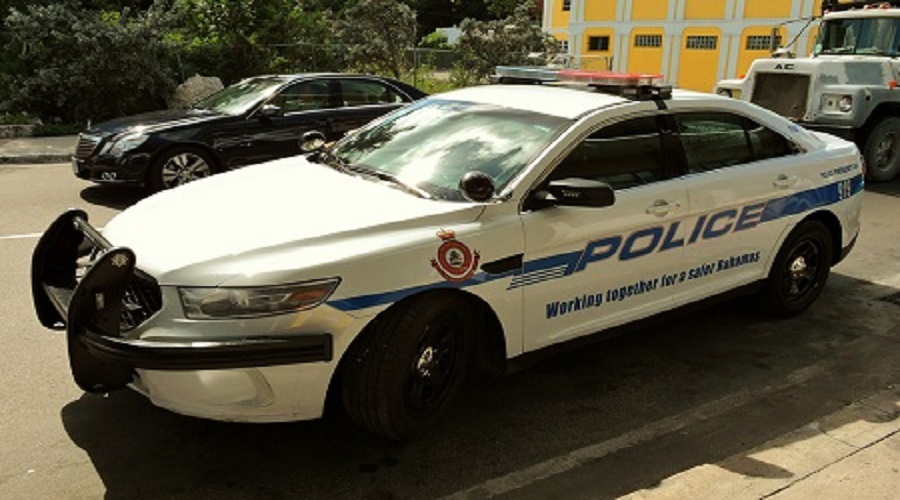 ILLEGAL GUN AND DRUGS SEIZED DURING HOUSE RAID, ONE MAN IN CUSTODY

Consistent with the Commissioner’s Policing Priorities for 2017, Central Division officers seized a firearm and a quantity of dangerous drugs during a raid on a home on Saturday 30th September 2017.

Reports are that around 12:30am Central Division officers acting on intelligence executed a search warrant on a home located on Christie Avenue, where they uncovered a .380 pistol with 2 rounds of ammunition along with a quantity of dangerous drugs.   A lone male occupant of the home was subsequently taken into custody in connection with this discovery.

Police are seeking the public’s help in locating several suspects responsible for two separate armed robberies.   In the first incident, shortly before 5:00pm on Friday 29th September 2017, male armed with a handgun robbed a business establishment located on Blue Hill Road and Coconut Grove Avenue of cash before fleeing in a silver Nissan March vehicle.

In the second incident, shortly after 12:00midnight on Saturday 30th September 2017, a man along with his family had just pulled up in his vehicle at his home located at Atlantic Drive, Westridge, when two males armed with handguns approached and robbed them of two rings and a watch before fleeing in a silver Note vehicle.

WHEN TALKING ON YOUR CELL PHONE, BE AWARE OF YOUR SURROUNDINGS AND WHO IS COMING AND GOING. CONCENTRATING MORE ON YOUR PHONE CONVERSATION THAN WHAT IS GOING ON AROUND YOU; MAKES YOU MORE LIKELY TO BECOME A VICTIM OF CRIME.